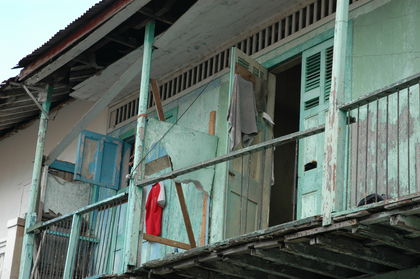 Panama has extremes of wealth and poverty. The wealthiest 20 percent of Panamanians control more than 50 percent of the country's wealth, while the poorest 40 percent only control 12 percent. The wealthiest Panamanians live a lifestyle that is similar to that of many Americans—they have access to consumer goods such as cars, televisions, cellular phones, and so forth. However, the majority of the nation's people live in poverty. Government estimates in 1999, classified 48 percent of the nation as living in poverty and 9.8 percent as living in extreme poverty. The Human Development Report 2000 by the United Nations ranked Panama number 59 out of 172 countries. This places Panama in the middle rankings of countries. The survey measures nations' GDPs, education levels, and standard of living to rate them in comparison with other countries. Many Western, industrialized countries such as the United States, Canada, Norway, and Luxembourg, usually rank among the highest in the survey, while lesser developed nations in the poorer areas of the world rank toward the bottom of the survey. Although Panama has a high GDP per capita, the reality is that most of the income in the country is concentrated among the wealthy few. For instance, in 2000, the nation's per capita GDP was US$3,513. However, most poor people earn less than the average. A worker making minimum wage in some areas of Panama would only earn US$2,080 per year. Regulations on the minimum wage, social security provisions, and working conditions are rarely enforced by the government which means that many workers are unable to earn even the minimum wage.

Poverty in Panama tends to be concentrated in specific geographic regions. For instance, the nation's second largest city, Colón, has the highest rates of poverty and crime in the Panama. Unemployment among youth (ages 15 to 25) in Colón is estimated to be 50 percent. There are also high levels of drug use, and Panama is often cited as one of the main areas for the shipment of drugs from South America to the United States.

Among the poorest in Panama are the indigenous native peoples, who make up about 8 percent of the population (194,000). Native Americans suffer from malnutrition and higher levels of disease and illiteracy. This minority tends to live in the more remote areas of the nation where access to education and health care is limited. In addition, the Native Americans face discrimination in hiring and educational opportunities. Minority groups, including ethnic Chinese and Indian, also face discrimination.

What is the percentage of median household income, owner-occupied housing, and of families living below the poverty line in the country of Panama?
2
Thussheeta Singh

Megan this site is mostly for the economy and the country's wealth, but you can check out the world bank and it should help.
3
nadim salejee

Thank you very much.. it was very helpful for me i needed it for a project and this was just great. you have help me a lot. and by the way i am from india too.
4
d. clark

how much of panama gnp is put into its healthcare system and were doese panama rank in the americas as far asits hospitals are concerned.iam an asmatic.what the thestatistis of this particular disease on panama. thank you
5
Chris

What is the per capita income of families living in chilibre, Panama?
6
Omar Thomas

I am reading about the Poverty in Panama City. I am buying a Home and Property in Panama. How can I hire a Cook, Housekeeper, or Live in Maid from the Poverty Zones who speak, read English teenage through 21? Must be private, honest, cute, long-haired and truly from a poor family that can use the income. Expatriates all hire from professional services and employment centers. Those are based on kick backs from the worker and provide only workers who have connections and contacts which frankly none of the people living in any of the poverty areas are likely to have and so none of them get the jobs. Expats just aren't interested in people living in poverty in Panama. They seem to have their noses in the air and refuse to settle for normal young people trying to get started on their own with a good job and income.
8
Taylor

this article is really great. you should try and make an article for all the countries on this website. once again it is fantastic.