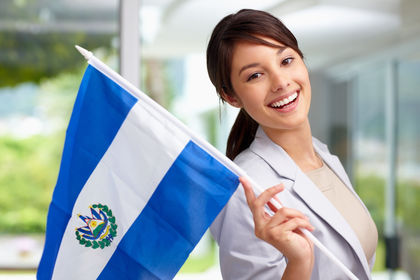 The wealth in El Salvador is held by a small minority of the population who made their money from coffee and sugar and have now diversified into finance and commerce. Land reforms and property redistribution in the 1980s improved the situation for many small farmers and peasants, but there is still a substantial divide between the rich and the poor. According to a report from the U.S. Agency for International Development (USAID), El Salvador's per capita income is the fifth lowest in the Western Hemisphere (when adjusted to reflect the cost of living).

The health-care system in El Salvador is in a state of disarray. Medical unions are resisting government moves toward privatization, and as a result strikes by hospital personnel have become common. Supplies of basic drugs and medical equipment are often inadequate. Hospital budgets are used up to pay salaries, with little left over for other costs. Still, general health trends have managed to improve over the last 30 years. The infant mortality rate, though still high, has fallen by over 70 percent in the last 3 decades, from 105 per 1,000 live births in 1970 to 31 per 1,000 in 1997. During the same period, life expectancy increased from 57.4 to 69.1 years. The death rate for children under 5 remains high at 81 per 1,000.

The education system in El Salvador is weak. According to the USAID report published in 1998, less than 50 percent of Salvadorans graduate from the sixth grade, only 1 out of 3 complete the ninth grade, and only 1 out of 5 complete high school. The Ministry of Education has worked to improve the quality of schooling in El Salvador, and some of its efforts have met with success. The Economist Intelligence Unit (EIU) reported in 2000 that programs designed to increase community participation in education at rural schools has increased student enrollment. The school day has been extended as well. Also, in 1995 a program was introduced integrating health care and public works agencies with education initiatives to ensure students had clean water, regular medical examinations, and nutritional monitoring.

El Salvador is highly polluted and suffers from severe environmental degradation. By some estimates, only 59 percent of the population has access to safe drinking water. That figure is likely optimistic. Recent studies have shown that the Lempa river, the country's main potable water source, is contaminated with dangerously high levels of mercury and other heavy metals.

The earthquakes that struck El Salvador in January and February 2001 have made matters worse for the poor. Many were left homeless. Social services have been cut or delayed. The Flores administration has its work cut out for it. Its leadership, or lack thereof, during this crisis will likely determine the future political landscape in El Salvador.

I am doing a thesis of Salvadorians populations in dc