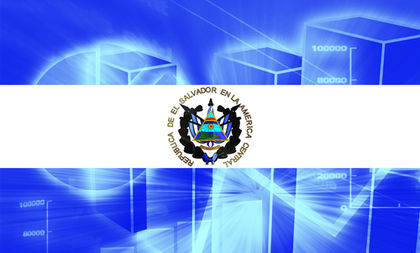 Stabilizing El Salvador's currency and keeping inflation down are key components in the government's plan to attract foreign investment. In 1994, the colon was fixed at ¢8.755 = US$1. Strong reserves allowed the Central Bank to maintain the fixed exchange rate. Bank reserves in 1999 were US$1.97 billion, nearly 4 times what they were in 1992, when reserves stood at US$501 million. The end of the civil war, privatization of state assets, and strong family remittances have fueled the growth in reserves, which rose US$204 million in 1999 alone.

Proponents of dollarization say it will keep the currency stable and help drive interest rates down. Critics argue that the export sector could be hurt by the move. They point out that exporters are having trouble maintaining market share in the global economy. Converting to the dollar, they argue, might lock in this competitive disadvantage.

I need info.and I got what I needed. Thanks for everything
2
Samantha

Hi my name is Samantha and I want to know; what would happen if the citizens of El Salvador tried and copied money? What punishment would they get, if there was a punishment.

Hi, would you mind telling me who is depected in the coins and notes of Salvadorian dollar?
Thank you in advance!