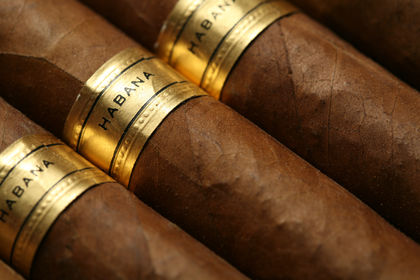 Cuban peso (C$). One peso equals 100 centavos. Coin denominations include 1, 2, 3, 5, 10, 20, 40, and 100 centavos. Paper-bill denominations include 1, 3, 5, 10, 20, 50, and 100 pesos. The U.S. dollar is an important monetary unit in Cuba, owing to the Pesos Convertibles (convertible pesos) that are also in circulation in denominations of 1, 5, 10, 20, 50, and 100 dollars. The dollar and the Peso Convertible are used for most transactions. Cuban pesos, often called Moneda Nacional, have fallen into disuse, except for a few government-subsidized businesses, like bodegas (small grocery stores) selling rationed foods, public transportation, movie theaters, and peso taxis.

An island located 208 kilometers (129 miles) south of Florida, Cuba is washed by the Caribbean Sea on the south, the Gulf of Mexico on the northwest, and the Atlantic Ocean on the northeast. Its westernmost point is separated from Mexico by the Straits of Yucatan. With 110,860 square kilometers (42,803 square miles) of total surface area, Cuba, the largest island in the Antilles archipelago, is about the size of Pennsylvania. It is 1,199 kilometers (745 miles) long, but averages only 97 kilometers (60 miles) in width. Its coastline is 3,764 kilometers (2,339 miles) long with several excellent harbors. The capital city, Havana, is located in the northwest of Cuba, almost directly south of Key West across the Straits of Florida. The second largest city in Cuba is Santiago de Cuba. Located in the eastern end of the island, Santiago was the island's first colonial-era capital (1522-89).

The population of Cuba was 11,131,000 in 2000, and is projected to grow to 11,481,000 by 2010. Although the population has doubled since 1950, the growth rate has slowed down considerably, and is now the lowest in Latin America. Population density is 101 people per square kilometer. Cuba is ethnically diverse; about 51 percent of the people are mulatto, 37 percent are white, 11 percent are black, and 1 percent are Chinese. The evidence of miscegenation (mating across racial lines) is prevalent, and it is easy to identify the mixing of white, black, and Chinese features. The population has increasingly darkened due to the exodus of large numbers of whites following the Cuban Revolution in 1959, which installed a socialist government led by Fidel Castro. Even though Cuba is a poor country, the literacy rate is high (estimated at 95.7 percent in 1995 compared to 76 percent before the revolution) thanks to the government's strong emphasis on education.

Migration to the United States has had a great effect on Cuba since 1959. Beginning immediately after the revolution, large numbers of middle-class Cubans left the island, settling largely in Miami, Florida, and other U.S. cities. As the Cuban economy worsened in the 1980s, people fled the country any way they could, many in small boats or makeshift rafts. In an incident known as the Mariel Boatlift, President Fidel Castro allowed 125,000 people to leave the island for the United States, thereby reducing the population of Cuba by 1 percent in a single day.

Sugar is Cuba's most important agricultural product. Cuba's economy has always been linked to the world price of sugar. After the Revolution of 1959, the Castro government unsuccessfully tried to change Cuba's monoculture (dependence on a single crop). When the United States revoked its annual sugar quota, the Soviet Union assumed the shortfall and the makeup of Cuba's exports did not change. In 1959, 75 percent of Cuba's export dollars came from sugar, a proportion that had increased to 80 percent by 1989. Production rose from an average of 5 million tons per year in the 1970s to an average of 7.5 million tons per year in the 1980s. After the collapse of the Soviet Union, the Cuban sugar harvest fell to a 50-year low of 3.3 million tons as a result of a loss of fuel, fertilizer, herbicide, and machinery imports. In 1993, the Cuban government began to reorganize the industry. Traditional agricultural methods were encouraged, large farms were broken up into smaller cooperatives, and foreign investment was courted. Difficulty obtaining needed resources caused sugar production to remain low at the end of the century.

Tobacco is an important Cuban product, and Cuban cigars have long been highly esteemed around the world for their excellence. With the exception of Greece, Cuba dedicates more land to tobacco production than any other country in the world. Cuba also has the lowest yield per hectare than any other country because of its inefficient agricultural sector. Despite this, Cuba's tobacco production is growing. In 1 year alone (from 1994 to 1995), production grew by 52 percent, a trend that continues as a result of foreign investment from Spain, the distribution of lands to small farmers, and increased international marketing.

Although productive and profitable until the early 1990s, the sugar milling and refining industry faced difficult times after the decline of the Soviet Union. By 1999, 50 of the 156 sugar mills in Cuba were closed due to their inability to obtain needed cane to process or because they could not repair their aging machines.

Cuba has 25 percent of the world's high-quality nickel deposits located on its northeastern coast, the highest concentration in the world. Cuban nickel is inexpensive to extract because there are few environmental controls and wages are low. In 1997 nickel and cobalt brought US$350 million into the Cuban economy. Nickel production grew from 25,787 metric tons in 1994 to 65,300 metric tons in 1998. The increase has been substantial as a result of joint ventures between Cuba and foreign governments. Mining has played an important part in the recovery of the Cuban economy in the second half of the 1990s, although the world price of nickel has dropped.

Cuba manufactures a variety of industrial goods including televisions, refrigerators, pharmaceuticals, and cell phones. This does not contribute a large portion of the GDP, and Cuba is forced to import most of its manufactured products.

Cuba has prioritized biotechnology over the past 40 years and, due to a highly educated population, has been able to focus on research in a relatively inexpensive manner. This industry has produced approximately 200 pharmaceuticals, including a drug used to treat AIDS and the hepatitis B vaccine. In 1996, the value of Cuban pharmaceutical production was US$4.25 million, and the value of pharmaceutical exports was US$2.5 million. In the late 1990s this sector accounted for only 5 percent of Cuba's earnings, but the Cuban government hoped to further penetrate the world market.

Tourism has recently become Cuba's biggest growth industry. Having produced US$5.6 billion in 1996, it topped sugar as the country's greatest hard-currency earner. The tourist industry employs 1,109,000 people, or 10 percent of the population. Cuba's pristine, white-sand beaches and tropical climate make it a vacation paradise. Cuban tourism officials estimate the number of available rooms in Cuba reached 50,000 in 2000, bringing the island's annual capacity for tourists to 2.5 million. Since Cuba has only prioritized the tourist industry for the last fifteen years, it is lacking in the efficiency and comforts that many tourists expect, but is working to improve its services.

Cuba has a very poorly developed retail sector. There are no large shopping centers and the commercial districts that existed before the revolution are largely shut down. Those that remain carry few and poorly made products that are priced in dollars and are too expensive for the average Cuban to purchase. The majority of the stores are small dollar stores, bodegas, agro-mercados (farmers' markets), and street stands.

Cuba has no territories or colonies.

Could you please include the extractions and agricultural products?
2
Howard Jones

Hello, the information provided on this website proved to be very useful for my research paper, but I would like to know who is the author and when it was published. Does anyone know I can find this information on the website?