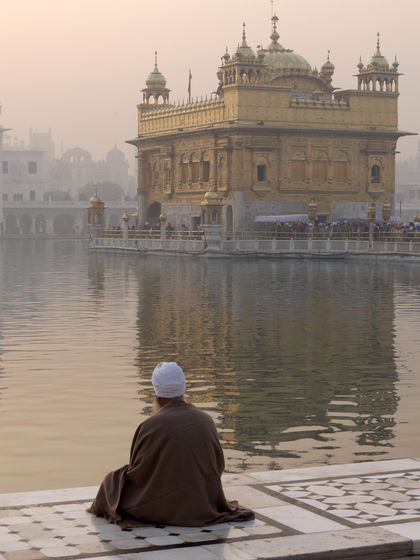 Bangladesh belongs to the poorest group of countries in the world; during the last 3 decades its GDP per capita income barely increased from US$203 in 1975 to US$348 per capita in 1998. The World Bank's World Development Indicators puts Bangladesh in 170th place (out of 207 countries) in the global ranking of gross national income per capita. Despite considerable international assistance, Bangladesh has been unable to eliminate extreme poverty and hunger. There is a huge disparity between standards of living in urban and rural areas of the country. The urban areas, especially the capital Dhaka, and major industrial cities such as Chittagong, Khulna, and Rajshahi, enjoy a better quality of living, with electricity, gas, and clean water supplies. Still, even in the major cities a significant proportion of Bangladeshis live in squalor in dwellings that fall apart during the monsoon season and have no regular electricity. These Bang-ladeshis have limited access to health care and to clean drinking water. The rural population, meanwhile, often lives in traditional houses in villages with no facilities associated with even the most modest standards of living.

Disparities encompass 3 dimensions that define considerable differences: geographic, educational, and gender. There is still considerable inequality in the distribution of income between rural and urban populations. In general, the urban population, in the areas around Dhaka, Chittagong, and other large cities, has long been involved in small- and medium-sized businesses or employed in various industries. They benefited from the recent growth and have higher incomes. Meanwhile, the rural population experience chronic shortages of land and regular floods and cyclones, which often a within matter of hours sweep away the results of months of hard work. The 1998 flood, for example, affected two-thirds of the country, wiping out the entire winter crop and displacing millions of people.

Education is another problem, as the adult literacy rate reached just 60 percent in 2000, despite the fact that primary education is universal, compulsory and free. The illiterate section of the population is generally much

Since the 1970s, the Bangladeshi government has implemented a social policy aimed at the elimination of poverty and social inequality, and largely funded by international organizations and individual donors. This policy aims at increasing the literacy rate, providing access to safe drinking water, family planning, and micro-crediting the poorest and most disadvantaged groups of society.

Throughout the 1990s the Bangladeshi government achieved some positive results, although the 1998 floods put pressure on scarce government resources, brought hunger to some areas of the country, and made food prices higher. These difficulties particularly affected the most vulnerable social groups of society, both in rural areas and in major urban centers. The chronic poverty, under-employment and unemployment forced large numbers of people to migrate from the country, using all possible legal and illegal channels. Bangladesh's quality of life remains much lower than in neighboring India, Pakistan, or Sri Lanka. According to the CIA World Factbook, in 1996 around 35.6 percent of the population lived below the poverty line, most of them in rural areas of the country.

it's good enough and it will help me to understand how people of bangladesh are in poverty.
2
Hillol

thanks to the author. it helped me a lot to know about the poverty of bangladesh.
3
concerned citizen

yes, its very sad though. and this isn't just happening in bangladesah it is very world wide. lots need to be done. money is needed and ofcorce more space... these problems have no easy solution...
4
lenzky

thankz to the author..i want to know more about bangladesh..so if can post more history about bangladesh i really love n interested to know about this country culture poverty wealth n familiarization..
5
Shantu

Thanx. It will help me to do my assignment on sociology. thanx to the author.
6
Shathy

Thanks for the article, but omre updated and recent data and information will hel us to know the situation
7
keyvon

The information let me know abt the poverty concern in Bangladesh. Allah will guide us to thrive this nation. Ameen. Hope all of us especially Bangladeshi will understand & come forward to this issue. Thanx