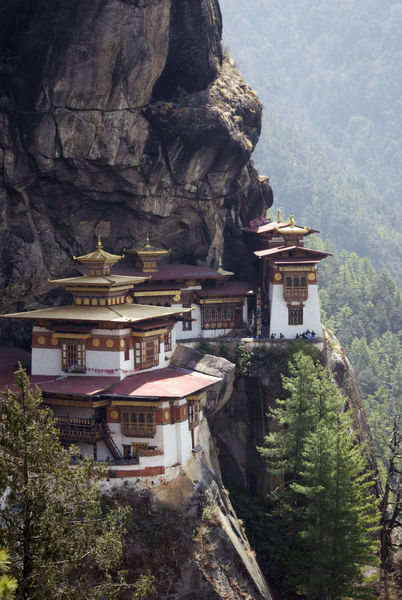 In 2000 the population of Bhutan was estimated at 2,005,222 by the CIA World Factbook. The UN Statistical Yearbook gave the population as 1,034,774. Giving a third figure, the World Bank World Development Report 2000/1 estimated the population at 782,000. The disparity between population estimates is caused by 2 different ways of counting people: the government of Bhutan's population estimate, the World Bank figure, is based upon those who have "official" citizenship, and the CIA estimate seems to account for those who claim such status or live in the country and may not be recognized by the government. Uncertainty in population figures is also connected to Bhutan's ongoing problem with the Lhotshampa people (Bhutanese of Nepalese origin), who have lost their citizenship or are simply not recognized due to a series of nationality-specific laws enacted in the 1980s. The government claims that a large number of the Lhotshampa are illegal immigrants who threaten the cohesion of traditional Bhutanese society, while the Lhotshampa argue that they are rightful citizens. Another problem with such estimates is the limited number of statistical gathering mechanisms in Bhutan, partly due to the country's limited financial resources and infrastructure . As a result, statistical indicators such as gross domestic product (GDP) or the quantity of telephones per capita are difficult to estimate. Clearly, the formulation of statistical averages depends upon which population estimate is used. To encourage comparative consistency, this entry indicates what population estimates are used to express particular statistical data.

In 2000 the birth rate stood at 36.22 per 1,000, while the death rate was 14.32 per 1,000. The overall population density is very low at 12.5 people per square kilometer, but this figure does not take account for the fact that, with 92.9 percent of the population living in rural areas, access to arable land is primary in any estimate of population density. Therefore, if the ratio of population to arable land is taken into account then density rises to 100 people per square kilometer. Bhutan has a very young population with almost 50 percent aged 17 years or younger. Given the continuation of Bhutan's current annual population growth of 2.19 percent, the United Nations Development Programme (UNDP) in Bhutan projects that there will be 3.64 million people living in Bhutan by 2025, from a 1998 level of 1.91 million. The

UNDP also estimates that 31,000 people live in Thimpu city (the capital and administrative center) and another 25,000 in Phuentsholing (the primary commercial center on the Indo-Bhutanese border).

The government is actively trying to maintain the economic exploitation of Bhutan's extensive forestry resources at sustainable levels. In keeping with the GNH concept, plans by the Forest Services Division of the Ministry of Agriculture for improved harvesting of forests are being undertaken to assure environmental balance. For example, 60 percent of Bhutan's total land area is required to have good tree cover; by 2000 72 percent was covered. In 1997-98, 27,770 cubic meters of trees were felled for commercial logging and an additional 22,884 cubic meters for housing construction and public works. The gross sales of Bhutan Board Products in 1998 were Nu383.8 million.

The electricity sector showed an average growth of 48.2 percent in the period 1985-1995. In 1998-99 hydro power contributed 30 percent to total exports. This rate will increase considerably in the early 21st century when new hydro power stations being built in Tala, Kurichhu, and Basochhu are completed. Hydro power has also acted to stimulate the growth of the manufacturing and services sectors.

Manufacturing provided 12.8 percent of value added activity to the economy in 1997. The production of cement is one of the principal enterprises in Bhutan's industrial sector. In 1998, Penden Cement Authority had gross estimated sales of Nu564.7 million, a substantial increase from the 1997 level of Nu265.5 million. Another cement plant was due to be completed by 2002, but due to disturbances related to Assam insurgents this project was suspended. The processing of Bhutan's agricultural produce is another significant dynamic factor in the manufacturing sector. For example, Bhutan Fruit Products enjoyed gross sales of Nu112.3 million in 1998; these sales were mainly of juices and canned fruit.

Bhutan is one of the safest countries in the world. Crime rates are minimal and foreign visitors are treated politely and with respect. The country's history, culture, and isolation offer a great deal to the more adventurous tourists who have been visiting Bhutan since 1974. The privatization of the tourism sector in 1991 led to fast-paced growth in hotels and travel agencies. This growth was so rapid that by 2001 there was excess capacity in tourism services. The failure to fully exploit this capacity is primarily due to government restrictions on the number of tourists admitted into Bhutan, a policy devised to reduce outside influence upon national traditions. Consequently, only 6,203 tourists entered Bhutan in 1998, and these people provided US$7.8 million in much-needed foreign currency. Around 40 percent of these tourists came from EU countries, 24 percent from the United States, and 17 percent from Japan. Nonetheless, this is a significant rise from the 1993 level of 2,984 where only US$3 million in tourism receipts were recorded. The high level of foreign exchange earnings from tourism is partly due to a compulsory government charge on tourists of US$200 a day.

Bhutan has no territories or colonies.

Ciment, J. and I. Ness. The Encyclopaedia of Global Population and Demographics. Chicago: Fitzroy Dearborn, 1999.

please can you give brief information about the particular topic "population in Bhutan". then i will be very much thankful to you as a whole.
4
Pravin jadhav