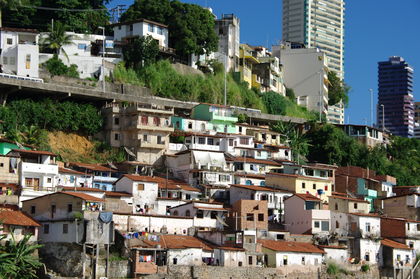 Bahrain is the smallest country and the only island-state in the Persian Gulf and the wider Middle East. It covers an area of 620 square kilometers (385 square miles), about 3.5 times the size of Washington, D.C. Bahrain consists of 33 islands, of which only 3 are inhabited. The capital, Manama, is on the main island of Bahrain, which contains most of the population and is linked to Saudi Arabia by a causeway. A southern portion of the main island is a restricted zone where the U.S. Middle East Operations Force is based.

With an estimated 645,361 inhabitants in 2001, Bahrain has the smallest population of all Gulf States, but its annual population growth of 3 percent (1990-98) was among the highest in the world, with an equally high fertility rate (3.2 percent). According to UN figures, it is estimated that the population will double by 2017. Approximately one-third of the population is under 14 years of age. Bahrain's population is highly urbanized: 91.06 percent of Bahrainis lived in cities in 1998.

There are 3 main power stations. Rifaa, with a capacity of 700 Megawatts (mw), is the largest. Domestic demand for electricity was estimated to have reached 5.752 billion kilowatt-hours (kWh) in 1999, and this demand is more than exceeded by production of 6.185 billion kWh in 1999.

Bahrain is the communications center of the Gulf and has invested heavily in the sector since the late 1960s. There are excellent cable and satellite services using the latest digital exchange technology. The Bahrain Telecommunications Company (BATELCO) owns a 60 percent stake in the telecommunications network, which is operated by the United King-dom's Cable & Wireless company. BATELCO is also the country's monopoly Internet service provider (ISP) and has recently begun to cut its relatively high access rates in an effort to boost subscriptions. Bahrain's cellular phone network has about 170,000 subscribers, according to the U.S. Department of State's Country Commercial Guide for 2001.

The mining and hydrocarbons (oil and related products) sector contributed 20.8 percent to GDP in 1998 but employed only 1 percent of the workforce. Bahrain is not a member of Organization of Petroleum-Exporting Countries (OPEC) and is thus not faced with production quotas but is a member of the Organization of Arab Petroleum Exporting Countries (OAPEC). Total oil reserves are estimated at between 150-200 million barrels, a minimal quantity in comparison with neighboring Arab monarchies.

Bahrain's banking sector has shown consistent growth, particularly since the outbreak of the Lebanese civil war in 1975, when many foreign banks began searching for an alternative regional base. There are now more than 200 financial institutions present in Bahrain. Assets of the country's offshore banking units have risen by more than 50 percent in the past decade. Bahrain also has the largest concentration of Islamic banking operations in the Middle East. Islam prohibits interest rates, and Islamic banking thus employs other methods of creating financial gains from investments.

Bahrain has no territories or colonies.

Embassy of the State of Bahrain. <http://www.bahrainembassy .org> . Accessed September 2001.

Thankyou so much,I needed this in my project(Bahrain)