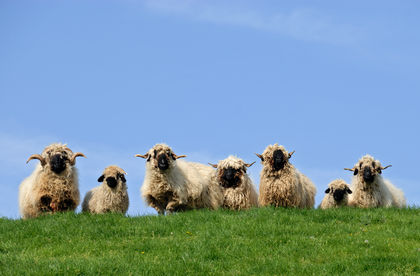 Agricultural production is an important contributor to Jamaica's economy, accounting for 7.4 percent of GDP in 1997 and providing nearly a quarter of the country's employment. Sugar, which has been produced in Jamaica for centuries, is the nation's dominant agricultural export, but the country also produces bananas, coffee, spices, pimentos, cocoa, citrus, and coconuts. In addition to legal agricultural production, Jamaica is also a major producer of marijuana, known locally as ganja , which contributes a great deal of money to the informal economy . Agricultural production of all sorts has been subject to the region's tumultuous weather, which includes seasonal hurricanes and occasional drought. In addition to cash crops , Jamaica also produces a wide variety of produce for domestic consumption.

In 1996 the country produced 237,943 metric tons of sugar, its highest output since 1980. Of this total, 181,183 metric tons of sugar were exported, earning US$109 million. The European Union (EU) was the major purchaser of Jamaican sugar, thanks to standard export quotas granted to Jamaica. The United Kingdom was the single largest purchaser of Jamaican sugar, purchasing 86.5 percent in 1996.

The bulk of Jamaican sugar is produced on large sugar plantations, though small and medium-sized businesses do contribute between 30 and 40 percent of the bulk sugarcane converted on the plantations. Productivity in the Jamaican sugar industry is low due to outdated equipment, inefficient management, and an aging work-force. Losses in this economic sector, prompted in part by a severe drought in 1997, forced the government to offer the sector a US$100 million assistance package late in 1997.

The EU previously offered Jamaica an annual quota of 105,000 metric tons on bananas (which means that they agree to purchase a defined amount of bananas each year), but the WTO ruled in 1995 that the EU went against free trade legislation by giving preference to Caribbean banana exports. As will be the case with many Caribbean nations which rely on strong banana exports, this ruling is expected to negatively affect Jamaica's banana industry as the preferential market is phased out. From a low in 1988 following Hurricane Gilbert, Jamaican banana production reached 88,917 metric tons in 1996 and earned US$44.1 million. Banana producers, who are generally small farmers, hope to increase their output by increasing efficiency and extracting higher yields per acre.

The remainder of Jamaica's agricultural production is divided among a number of smaller export products, including cocoa, coffee (Jamaican Blue Mountain coffee is prized throughout the world), copra (coconut flesh), and pimentos. Production of these minor crops climbed in the early 1990s, though they were also affected by the drought of 1997. Food production for domestic consumption—generally conducted by small farmers selling their goods in local markets—also climbed during the early 1990s. Despite this increased production, Jamaica imports the majority of the food it consumes, which keeps food prices high throughout the country.

Though it is not recorded on any official reports on agricultural production and exports, marijuana is an important cash crop for many Jamaican farmers. Many small farmers plant marijuana between their other crops and an efficient farmer can expect to earn thousands, even tens of thousands, of Jamaican dollars off a small plot of land. Farmers sell their crop to drug dealers, who risk arrest to supply high U.S. demand for the illegal drug. The profits earned from the drug trade, in turn, fuel corruption and bribery among local police and politicians.

Though Jamaica's location would suggest that the island would have a booming fishing industry, actual fishing production has remained relatively stagnant throughout the 1980s and 1990s, rarely reaching even 50 percent of government targets. In fact, the island imports between US$15 and $20 million in fish annually.

this was wonderful it gave me everything i needed about jamaican africulture thanks bunches:)
2
zanya

This is awesome but I would like to know who analyses this piece of information or the name of the organization that put this together. Please forward the name to my email address. Thanks :)
4
nicole

This is awesome but I would like to know who analyses this piece of information or the name of the organization that put this together. Please forward the name to my email address. Thanks :)
5
sasha

This was wonderful i would like to know how the impact of importation of agriculture products on Jamaica farmers also the description of the imported items,trade agreement reducing/increasing taxes on imports, the impact of importation on Jamaica, graph, tables and charts.Please forward the information on my face book page or my email address.Thank you very much:)
6
anastasiya

thank-you i almost finished my project because of this wonderful site that the you guys made. Keep up the good work.
7
Raamun Aten

It was very informative, it would be nice if the Jamaican Government could put some incentive on fishing for there fishermen. That would do so much good for the people, the economy,and the overall productivity of the country.
8
Thea

This information is awesome, it really helped me with my project but I would like to know how much income Jamaica gets from all of the agriculture.It would be great if yo could forward it to my email address. Thanks :)
9
Wad up my friend

What is the top crop there. I need to know for a project!!!
10
first name last name

this information is to long needs to be summarized
12
I Don't Have a name.

This was really helpful, everything i needed to do my school project!
13
shauyna

Hi ,
this is helping me with my homework
it is a big impact on my grade
thx
14
ash

i am grateful for the info given. it has helped me to understand agriculture better in my country. thank u
16
Rashanrobinson

This information is very well put together, will guide persons doing researches like myself.
19
Diana

thanks a lot for the interested information, it was useful for me to complete more than 80 % of my project.
22
banana

The website was very helpful. But since I am a granny I would not like to see marijuana or cigarettes. My grandchild is only 11 he has never heard of those so either take those off our I am going to be extremely angry.
23
Winston Hall

The involvement of small farmers was invaluable,to bay so much of those pastels lie idle bouth for people and country,my hope is the love for the poor will challenge the department to review coffee planting again.Looking hoping with anticipation.W.w.H.
24
taylor

this helps me on my social studies for Jamaica's agriculture and for me to understand what there agriculture was in their days and what they go threw all the time picking and planting new seeds over and over again for the rest of there life living there.
25
edwin shiveka

is marijuana growth and production a recognized agricultural product by the Jamaican government? since it is recognized as the major contributor to the informal economy .