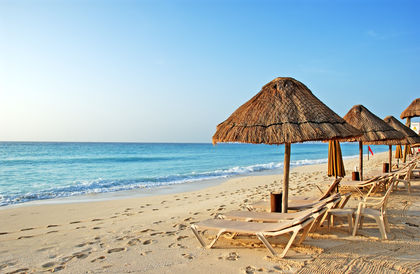 The largest English-speaking island in the Caribbean Sea, Jamaica is about 160 kilometers (90 miles) south of Cuba and has an area of 10,990 square kilometers (4,243 square miles) and a total coastline of 1,022 kilometers (634 miles). Comparatively, the area occupied by Jamaica is slightly smaller than the state of Connecticut. Jamaica's capital city, Kingston, is located on the country's southeastern coast.

Jamaica became the first Caribbean nation to implement a population policy. The National Population Policy, adopted in 1983, was designed to control the growth, health, and concentration of the population. Mainly, the policy focuses on limiting the birth rate by encouraging the use of contraception, and increasing the quality and length of Jamaicans' lives by addressing treatments for chronic diseases like AIDS and by reducing the number of violent deaths. In addition, the policy considers issues of migration, including urban growth, sustainable environmental plans, and other housing and transportation issues. The major funding for the implementation of this policy comes from international sources. Grants have come from the United States Agency for International Development (USAID), United Nations Fund for Population Activities (UNFPA), and United Nations International Children's Emergency Fund (UNICEF); the World Bank is the largest loan provider.

Bauxite and alumina, raw materials used in the production of aluminum, are the country's main exports. During the 1960s Jamaica was the world's largest producer of bauxite, a position it held until the 1980s. Today, Jamaica is the world's third largest producer of bauxite, after Australia and Guinea, and has estimated reserves of more than 1.9 billion metric tons. The majority of the bauxite exported from Jamaica is first converted into alumina, though roughly 30 percent of bauxite is exported in its raw form. Bauxite is taken from mines to processing plants by truck and rail, but, because the island lacks sources of cheap energy, the final and most profitable conversion process that turns bauxite/alumina into aluminum must take place overseas.

Bauxite production first became a factor in Jamaica's economy in the 1950s. Between 1950 and 1960, the contribution of bauxite production to the nation's GDP grew from less than 1 percent to 9.3 percent. By 1970, mining's contribution to GDP reached 15.7 percent. In the years since, the industry's contribution to Jamaica's GDP remained at about 10 percent. Historically, the mining of bauxite was overseen by large American and Canadian aluminum companies such as Alcoa and Alcan, and final processing of the ore took place in their plants elsewhere. In the 1980s and 1990s, however, foreign companies withdrew from the island, and the government bought into the industry, thus keeping profits at home.

In the late 1990s, the bauxite/alumina industry employed about 5,000 people in the country's most highly paid economic sector. According to the U.S. State Department's Country Commercial Guide , the industry produced 12.6 million tons of bauxite and alumina in 1998, its highest level of production in over a decade. However, production declined by 7.3 percent to 11.79 million tons in 1999; some of the lost volume is due to an explosion at a Louisiana refinery which handles two-thirds of Kaiser Jamaica Bauxite Company's exports. The loss was offset by an increase in the price of bauxite on international markets, but shifting world demand for aluminum and variations in oil prices have made profits from the industry quite variable over the years. Fortunately, tourism helps bring in foreign dollars when bauxite profits decline.

In addition to bauxite, Jamaica has substantial reserves of several other important minerals, including limestone, gypsum, silica, and marble. Extensive, high-quality limestone reserves estimated at 50 billion tons provide an ample base for exports, though limestone production has, in fact, been rather small. Gypsum, which has been mined in eastern Jamaica since 1949, is another important export mineral. While some gypsum is used locally in the manufacture of tiles and cement, most is shipped unprocessed to the United States and Latin America.

The manufacturing sector is an important, though declining, contributor to the Jamaican economy. Though manufacturing accounted for 19.6 percent of GDP in 1988, it had fallen to 18.1 percent in 1996. Total employment in manufacturing in 1996 stood at 100,400 people, or 8.7 percent of the labor force . Forces contributing to the shrinkage of the manufacturing sector include the sinking price of imports, increases in domestic wages, and, in the mid-1990s, increased competition from Mexico in the garment industry following the passage of the North American Free Trade Agreement (NAFTA), which granted Mexican products preferential treatment in U.S. markets.

Historically, Jamaican companies have processed sugar, food, beverages, and tobacco; produced chemicals, metals, and construction materials; and assembled electrical appliances and apparel. Many of these companies were set up to encourage import substitution , which meant that they were designed to produce goods that had previously been imported. Beginning in the 1980s, however, apparel production became the dominant manufacturing activity in the nation, employing 35,000 people in the early 1990s. Production was greatly increased when U.S. companies began exporting their apparel assembly to countries such as Jamaica, which could assemble clothing at far lower prices than in the United States. The value of apparel exports reached US$292 million in 1995, making it the nation's second most valuable export next to alumina.

Tourism is vitally important to the health of the Jamaican economy, contributing approximately US$1.23 billion to the economy in 1999. Beginning in the 1960s, economic prosperity in the major Western countries and declining international air fares helped make Jamaica a major tourist destination. By the early 1970s tourism competed with the bauxite industry as the country's dominant source of income. After a brief decline in tourism in the late 1970s and early 1980s—due largely to internal unrest—tourism has expanded dramatically through the late 1980s and into the 1990s. The number of tourist arrivals has risen from 846,716 in 1983 to 1.82 million in 1996. Of these visitors, roughly 65 percent of tourists stay in Jamaican hotels, apartments, guest houses, and other lodging, while the majority of the remainder visit from cruise ships anchored offshore. Two-thirds of tourists to Jamaica in 1999 were from the United States.

Jamaicans have responded to this influx of tourists by constructing a range of lodging options and by investing in the infrastructure—roads, docks, services, and airports. According to the U.S. Department of State Country Commercial Guide , Jamaica had a total room capacity of 22,715 in 1998 and was planning to add another 1,289 rooms between 2000 and 2001. Important development projects included the opening of the Ritz-Carlton hotel complex in the Montego Bay area, in addition to 3 other hotels before 2001. In the late 1990s, however, Jamaica began experiencing slight declines in tourist visits, thanks to unfavorable exchange rates , increasing competition for tourist dollars by other Caribbean destinations, and heightened fears that tourists might be affected by the rising political and gang violence in the country.

The tourist economy employs 84,300 people directly and it is estimated that another 170,000 people are engaged in tourism-related activities. Most tourist activity is centered on the northern coast of the island, which is more accessible to cruise ships departing from the United States, and in the communities of Montego Bay, Port Royal, and Kingston.

The other major component of Jamaica's service industry, beside tourist services, is the financial services industry. The early 1990s saw a rapid expansion in banking, investment, and insurance services fueled by an influx in capital and a lack of sufficient oversight by government regulatory agencies. In the mid-1990s, however, the entire financial services sector entered a period of severe crisis. Banks found themselves suffering from poor lending decisions as many of their loans were not repaid. Insurance companies who had invested in or owned banks were affected, as were other branches of the financial services sector.

In 1996 the Jamaican government took over the nation's fourth-largest bank, Century National Bank, in order to stave off its failure, and trust in the banking industry in general declined, prompting customers to attempt to withdraw their funds. By 1997 the government was forced to assume partial ownership of 5 of the nation's 6 largest locally-owned commercial banks with a rescue package valued at US$276 million, or 4.5 percent of GDP. The government agency entrusted with regulating the industry, the Financial Sector Adjustment Company, hoped to provide both the funding and the management skills necessary to rescue the industry, but by the late 1990s these changes had not yet taken affect.

The absence of large commercial centers, other than Kingston and its suburbs and the tourist center at Montego Bay, has resulted in a poorly developed retail sector in Jamaica. While Kingston is home to a variety of retail stores, including fast-food franchises such as Burger King and McDonald's, the majority of the towns in the interior of the country have small shops, farmer's markets, and temporary roadside stands.

Jamaica has no territories or colonies.

From: C Campbell
Thursday
Date: 30 September 2010
Question:
About the population, you have stated the primary percentag race, also the mixrace, ext.
Are there any White people who live in Jamaica before or during the time the english capture the Spanyards? particularly some Jerman people, I would be greatful for your information. Thank you.
3
Chaaarlie.

Hey.
thankyou so much for all the infomation above, you have really help me with my geography homework, i'm for the UK and i went to jamaica in august 2010, its a beautiful place, and you should be proud of your country :) x
4
W Jeff Knight Jr.

A point of correction. Every major town on the Island of Jamaica has its commercial center with banks, Supermarkets, Vendors markets for mainly form produce and a section for meats of various kinds. The portable "stalls" found along the sides of the roads are there to facilitate mainly travellers. Thursdays through Saturdays vendors flock the market centers and commercial centers to spawn and sell their wares.
But like anywhere else, there are local shops and bars and taverns to facilitate villagers, or residents of the environs.So Jamaica does not have a poorly developed retail sector. I can plan a trip with you.
5
Macy

Thank You for all your help! You helped me so much on my homework! There is just so much stuff to know! Thanks Again!
6
esmay

checked against other reputable sources, the info is accurate. important, usefull, yet not overwhelming information provided. THANKS :)
8
Blah Blah Blah

This information really helped me, and should be able to help me on my notes on my project in school. Thanks for the Info whoever made this. :)
9
Pat

This is helpful information. However, I think mention should be made of the slogan used in the 1980s to encourage population control."Two is better than too many."
10
esme wilson

This helped! i'm making a website for my geography class relating to this information. {:
13
Wizkid

Nice read, I learnt some thing I did not know about my homeland; from my recent visit the retail sector is greatly improving with banks, taverns, vendors etc;. We as a nation just need more investors both public and private to create jobs and improve export and decrease imports mainly food and fuel (we have the buildings blocks ie land, rivers, sunlight) and no one will be "chasing dun foreign".
14
andrea edwards

THIS INFORMATION REALLY HELPED ME GET A LOT OF INFO FROM IT I WOULD VERY ENCOURGE OTHERS TO USE THIS ONLINE PAGE. IT HELPS YOU GET THE REAL MEANING OF JAMAICA AND THE LACOTION , PLACES , POPULATION AND OTHER IDEAS. SO THANK YOU
16
ithz goodgirl burton