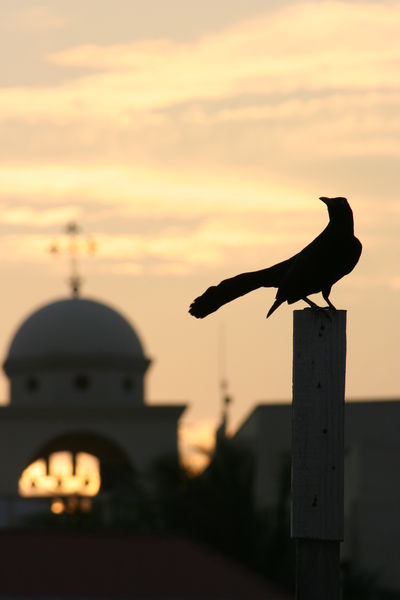 As of July 2000, Guatemala's population was estimated at 12,639,939. There are approximately 484 persons to every square kilometer of the country (1,253 persons per square mile), making Guatemala the second most densely populated nation in Central and South America. (El Salvador is the only nation in the region with a higher population density.) Guatemala also has an extremely high rate of population growth; if the population were to continue at its current growth rate of 2.9 percent per year, the total number of people living in the nation would double in 24 years. Population projections estimate that Guatemala's population will reach 16,295,000 by 2010. The fertility rate in Guatemala is the highest in Latin America, with an average of 5 children born to each Guatemalan woman during her lifetime. Although the Guatemalan government has officially recognized that the national birth rate is high, it has done little to encourage family planning or birth control among its populace. The reluctance of the Guatemalan government to institute population control policies can be partly attributed to its strong ties with the Catholic Church, while resistance to family planning among the general populace can be partially imputed to the civil unrest of the 1980s, which provoked a distrust of foreign-initiated programs (including family planning programs).

extends to the economic, political, and social realms of Guatemalan life.

Although Guatemala is trying to expand its manufacturing activities to reduce economic dependence on agriculture, the agricultural sector is a crucial component of Guatemala's export and domestic economies, accounting for 23 percent of GDP (US$11 billion) in 1999 and employing 50 percent of the labor force (1.7 million workers).

One of Guatemala's original commercial developments in the 19th century, coffee production is still of vital importance to the national economy. In 1998, coffee exports brought in US$586.3 million, almost double the amount of sugar, the next most profitable agricultural export. Guatemala's production of coffee is equally important in the global economy, as Guatemala is the world's third largest exporter of coffee. Because large-scale operations are needed to produce vast quantities of coffee for export, most Guatemalan coffee is harvested at large plantations along the southern border of the highlands.

After coffee, sugar is Guatemala's most profitable crop, earning US$315.3 million on the world market in 1998. Sugar has also shown promise as an expanding industry in Guatemala, particularly because it can be produced in raw form or processed within the country prior to export, augmenting its value.

Bananas remain one of Guatemala's top agricultural exports, grabbing US$190.4 million in revenue in 1998. Like other developing countries that export bananas, Guatemala has recently encountered problems on the international market, including declining prices and a European Union policy that places new restrictions on its imports of bananas. Additionally, conflicts between Guatemalan banana workers and the companies that contract them have led international fruit companies to move their headquarters from Guatemala to Ecuador, where labor is unorganized and therefore cheaper. All of these factors have contributed to the recent decline of the banana industry in Guatemala.

Industry in Guatemala, which includes food processing, publishing, mining, and the manufacture of textiles, clothing, cement, tires, and pharmaceuticals, comprises 20 percent of the GDP (US$9.6 billion) and employs about 15 percent of the total workforce (500,000 workers). After growing steadily during the 1960s and 1970s, manufacturing slowed during the debt crisis of the 1980s but picked up again during the 1990s.

More than 80,000 Guatemalans are currently employed by the apparel industry, most of whom are young women. The apparel industry has experienced growth over the past decade, but international attention directed to the poor working conditions within apparel-for-export factories or maquilas has resulted in the closing of some major plants, including the Phillips-Van Heusen factory that used to be located in Guatemala. So long as labor remains cheap and accessible in Guatemala, the apparel industry is likely to continue expanding. The United States provides a sizeable market for Guatemala's apparel exports, importing more than US$1 billion worth of apparel in 1998 alone.

Combined with production of energy (mainly from petroleum), mining contributes roughly 3 percent of Guatemala's GDP. Antimony, copper, nickel, iron, and tungsten are all mined in Guatemala, though not in great quantities. Surveys of Guatemala's subsurface have revealed that the nation has a wealth of mineral resources, indicating that, given the right investment interest, mining could become a more prominent part of Guatemala's economy in the future. Guatemala, the only oil-producing country in Central America, has been extracting oil from its Petén Basin since the early 1980s, though it does not extract nearly enough to be a net exporter of petroleum.

The service industry contributes the largest segment of Guatemala's GDP (57 percent, or US$27.3 billion) and employs about 35 percent of the nation's total workforce (1.2 million workers). While the service sector encompasses several different industries like retail , financial services, transportation, and computer services, the most profitable component is tourism. Because of its agreeable climate and diverse landscape, as well as its Mayan ruins, Guatemala is becoming a popular travel destination in the post-conflict period. In light of the high profit margins associated with tourism receipts, the government is making solid efforts to expand tourism and attract more foreign visitors to Guatemala.

Guatemala has no territories or colonies.

Canadian Foundation for the Americas. "Guatemala Under the FRG: Peace at a Crossroads." <http://www.focal.ca/images/pdf/guatemala.pdf> . Accessed March 2001.

i think this is very helpful thanks i was m,aking a report about this is this website had to be the best one on google.com thanks very much
2
Cornelious

Guatemala is a very strong developing country, but it needs to be done many things to change our imageAout of the borders. The government should find alternatives to help poor people and provide them good education. Also, the gov should support more farmers to expand the exportation of our goods. This must be taken in consideration in order to make better the GDP.
3
Daisy

Thi article is really help for a project i have in history class. Although some info i still need is how Guatemala has been involved in the United Nations...
4
amy

this really helped a school prodject on guatemala.also my dad is from guatemala
5
Andrea

this helped me on socail studys homework!!! my whole family is from guatemala!
6
alena

this article is very interesting i'm working on a school project and this web site helped me a lot. i think I'm going to get an A++ yeah
7
Aaron fogle

This article really helped me on my project. and it is very interesting.
9
Nicole

I like it because it helped me do my 7th grade spanish project on Guatemala and it had had all the information I needed for the project unlike the other websites I used for my previous project.
13
carlos

i like this webside it was very helful to do my homework, and learn from other places
14
Nasha

this was very interesting and great for my paper for spanish class. thanks!
18
hi me

This was some really usefull information, I am using it on a project I am doing at school
19
Daulton

This really helped me do my spanish project on Guatemala. I really appreciate who ever came up with this website. I was born in Guatemala and wish to visite it soon.
20
Mr. Man

This was very helpfull for my project on Guatemala, i'm gtoing to bookmark this site. Thanks
21
Rachelle

Thank you very much! I'm doing a BIG project in Geography/ History class and this helped a bunch! Thank you your information was very helpful!
25
Santiago

This helped a lot on my Guatemala project for my Spanish class project!
26
DAvid g

I run a trucking company in the united states...Does anybody know where guatemala exports its produce in the US. Do they transport it through mexico or put it on cargo ships for the ports in the US.
27
chris

This website helped me a lot doing my country report thank you!!! Thank you for making this pawsome website... It helped a lot doing my Guatemala report!!! I guess this is all I can say well by then... who even thought making this website because it was full of enfomation.. I mean a lot of it!! WOW!!! THANK YOU!!! LOL!!!