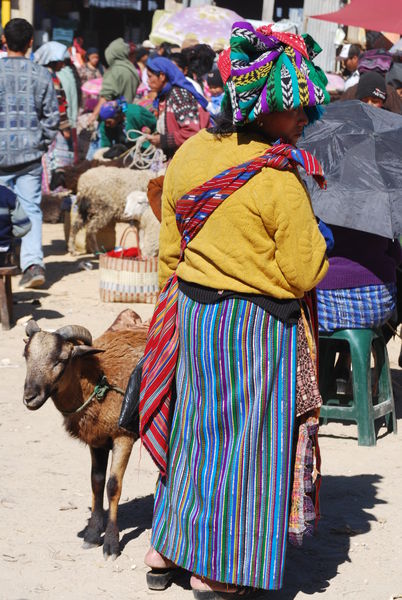 Although Guatemala enjoys the highest GDP in Central America, unequal distribution of wealth and rapid population growth within the nation have given Guatemala one of the highest poverty rates in Latin America. More than 75 percent of the national population lives below the poverty line, and the extent of poverty is even more severe among the rural and indigenous populations. In 1989, about 93 percent of the indigenous population in Guatemala were living in poverty and 91 percent in extreme poverty, whereas only 66 percent and 45 percent of the non-indigenous population were living in those respective conditions. Guatemala's income distribution is among the most unequal in the world, with the wealthiest 10 percent of the population owning nearly 50 percent of the national wealth and the poorest 10 percent owning less than 1 percent. As a result, there is a very small middle class in Guatemala, and political power rests almost exclusively with elite groups. Land, just like monetary wealth, is concentrated in the hands of the few, making it very difficult for poor rural workers to improve their financial situation, as the amount of land they own or have access to is minimal.

While the economic policies implemented during the 1990s in Guatemala produced manageable inflation rates and healthy economic growth, they did not bring about greater economic equality or help to reduce poverty. Economic reforms in Guatemala have been aimed at improving macroeconomic indicators, sometimes to the disadvantage of social spending, as with the reduction of the public sector deficit from 1990 to 1996, which was accomplished through spending cuts. Although some government leaders (such as current president Alfonso Portillo) have run for office on populist platforms, little has been done to improve the situation of the poorest segments of the population.

The poor in Guatemala do not have easy access to good health care, particularly because health-care facilities and experts are focused in metropolitan areas. This factor, combined with the negative health effects of pesticides and the low availability of drinking water and waste disposal services in rural areas, results in a higher

occurrence of health problems in rural areas than in urban centers. There are signs that the issue of health care has started to receive greater political and social attention in Guatemala. In 1996, about 13 percent of the government's budget was devoted to health, whereas in 1992 the amount allocated for health care was only 6.6 percent of the overall budget. Additionally, the government recently initiated a health sector reform to provide health services to all Guatemalans who currently lack access to health care; the minimum health services available under this plan include care of pregnant women, child health care, and emergency and disease care.

Education presents another problem for poor Guatemalans, as some parents call on their children to work long hours to contribute to the family income, preventing them from attending school. This phenomenon occurs most often in rural areas, where families engage in subsistence farming or work for larger landowners, and the amount of manual labor available determines a family's total income. Unfortunately, children who have to work instead of attending school miss out on the education that is almost always necessary for economic advancement. Although school attendance is compulsory for 6 years by government mandate, only 41 percent of school-aged children in Guatemala attend classes, and only 55.6 percent of the total population are literate.

The country should improve in education sector and also health services to the poor people in the villages should be given the first priority.
2
me

This is why communism exists. People want to redistribute wealth and have the government control everything. In a perfect world, this would work. Unfortunately, human greed prevents this from occuring as one person will quickly seize power