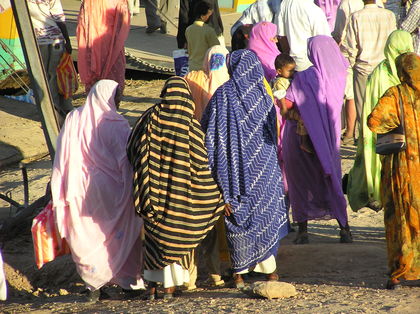 Sudan is one of the poorest countries of the world. Most of the population lives in unbelievably hard conditions. One of the Sahel countries, Sudan is located in the Sahara desert. Hard climate conditions and lack of natural resources were always responsible for the poor life conditions. But the country's political instability and internal conflict has increased the poverty.

The southern parts of the country are practically isolated and it is very hard to estimate the level of poverty in those territories, although it is known that many people are dying of hunger or diseases. It is difficult for international aid or health-care organizations to provide care for southern Sudanese because of the civil war.

Most of the population is nourished from subsistence agriculture. Food is so scarce that during droughts lives are endangered. The isolationist policies of the totalitarian regime deprived the country of foreign direct investment, as well. The result was that only sporadic international humanitarian aid reached some of the poorest regions for many years. Historically, the United States has been the most important donor of financial aid to the south.

To escape the difficult conditions, many people have fled the country. The people of relative wealth in Sudan live in Khartoum, Port Sudan, and near the Nile River, where the conditions are a bit better. Only small groups of people loyal to the regime would be considered "rich."

According to the Human Development Report 2000, 26.6 percent of the population is not expected to survive to more than 40 years of age. Comparatively, in Egypt the number is only 9.9 percent and in China 7.7 percent. The early death of so many Sudanese can be traced to the violence but also the lack of basic necessities. About 27 percent of the population do not have access to safe water (in Egypt, 13 percent); 30 percent have no access to health services (in Egypt, 1 percent). For children under the age of 5, 34 percent are underweight (in Egypt, 12 percent). The World Factbook estimated that the GDP per capita at purchasing power parity in 2000 was US$1,000. All of these numbers underscore the difficulty of most people's lives in Sudan.

wow, this article really inspired me to help the poor people in sudan and you know what that's what I'm going to do
2
Owen Richardson

I am doing a report for a school project and I must say, this was the exact information I was looking for, THANKS!!!
3
samuel Right

thanks this is enough information to finish my poverty assignment,
4
Anna Smith

well, it is just kind of information that I was seeking to finish the preparation of my presentation.
6
victoria chiwza

good information was looking for information that i would link with the relative deprivation theory. thank you
7
bethany

I love this article so much!! Amazing, so much good info!
10
david mcdonald

How do I help someone directly in Sudan? Ideally/tragedicaly an abused woman. I abhor most welfare organisations, having worked for Salos & Red Cross well aware donating to most sees maybe 50% get to those in need.