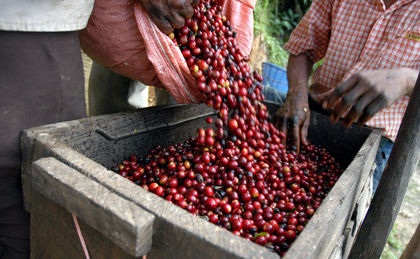 Ethiopian industry, including both mining and manufacturing, constitutes approximately 12 percent of the GDP, while providing employment for 8 percent of the country's labor force (1998 est.). Under the Derg regime, almost all of the major industries were owned exclusively by the state. With a marginal average annual growth rate of 3.8 percent between 1980 and 1987, the state's policies of industrial control did not fare well. According to Kebbede, the failure of such policies can be attributed to "bureaucratic mismanagement, inefficiency, and corruption." State bureaucracies were costly and wasteful because they were not held responsible to any section of the society and because political and ideological questions took precedence over questions of efficiency or practicality. At the same time, however, one must remember that for many impoverished African countries fearful of foreign domination and eager to create more or less equitable societies, state control of industry seemed to be the most reasonable form of economic organization throughout the 1960s and 1970s. The country's first democratic government, formed in the early 1990s, made privatization of Ethiopia's industrial sector a major objective to promote economic growth, but progress remained slow at the beginning of 2000.

This was very helpful to me. I am doing a report on Ethiopia and needed the information. Thank you very much.
2
abduletif

Report this comment as inappropriate
Feb 2, 2010 @ 2:14 pm
This was very helpful to me. I am doing a report on Ethiopia and needed the information. Thank you very much.
3
erm

imm cramming on this huge report due in two days. this really helped. thanks!
7
aschu

Which web site can provide me with all the factories details i.e. its address and what an unit is manufacturing in Ethiopia???
9
alemu

I NEED ABOUT THE CURRENT INDASTRIALE SECTOR OF ETHIOPIA.
10
Brissa

What the curent industrial sector look like & economic growth in ethiopia?
12
s

This is helpful to me but what is the challenges and prospects of industrial sector in ethiopia?
16
Aman Gebrehiwot

I need to know the begining of the modern Industry of Ethiopia and it's situation at that time.
17
dagmawe million