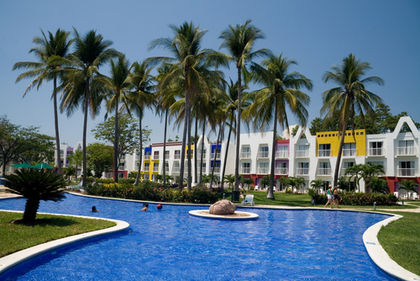 The main export continues to be coffee, although El Salvador has long sought to diversify its exports into other agricultural products such as cotton, as well as manufactures. One of the country's greatest weaknesses remains its trade deficit. In 2000, the value of imports was almost three times that of exports. The deficit is sustained in part by huge inflows of remittances from Salvadoran workers in the US, estimated at $1.34 billion in 1998.

El Salvador depends upon its coffee growers for almost a quarter of its commodity exports revenues (22%). Other major exports include paper (6.2%), apparel (5.5%), sugar and honey (5.3%), and medicinal and pharmaceutical products (4.3%). In 2000 El Salvador's imports were distributed among the following categories:

Principal trading partners in 2000 (in millions of US dollars) were:

This article really helps me at school. Keep up the good work... Everything that i needed to know for a project is all on this article. Thank you so much for your help. God bless you...!!!
2
Jaznice

Thank you! this helps me a lot on my report of El Salvador!
3
Gazi TasarÄ±m

Thank you very much for this information... And this help me very very much.
4
hi

this website is helping me a lot for my homework... I love this website keep it up!!! :)
5
Salaam

Thank you so much! This helped me a LOT with my project. I couldn't find any other good true information on El Salvador.cu
6
Barnard Wilcox

How can one get a list of the products that El Salvador has to export?
7
Lizz

Thanks. Really appreciate it. Keeps me from doing so much work! LOL : )
8
taetae

thanks so much this totaly helped on my project thats due tomarrow in spanish (dbms)just started :D
9
amy

wow! this has everything. thanks sooo much :) this site saved me a lot of time doing research for a school project :)
10
jake runs

Thanks A Lot ! ! This Site Is Really Helping Me 0n My Report 0n El Salvador ! Can You Add More Info About El Salvador's Imports And Exports Please !
12
kayla

It was great for my powerpoint for my multi-cultural studies class.
13
josue

Wow this helped me on my project on El Salvador! Thx!
15
Coco

This helped SO much on my project! Thank you so much whoever wrote this! THANK YOU
16
Slenderman

This helped a lot with the imports and exports section of my school project... THANKS!!!
17
Dushyant

How do people keep track of all those numbers and how often do they update this? Thx