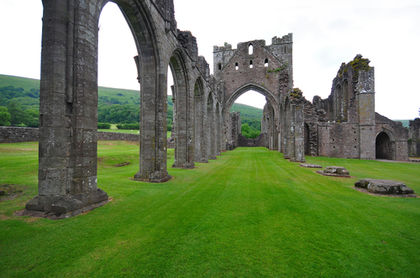 The Republic of Ireland

The Republic of Ireland constitutes 26 out of the 32 counties that make up the island of Ireland, with 6 northern counties under the jurisdiction of the United Kingdom. Situated in Western Europe, it is bordered on the east by the Irish Sea from the United Kingdom and bordered on the west by the North Atlantic Ocean. With a total area of 70,280 square kilometers (27,135 square miles) and a coastline measuring 1,448 kilometers (900 miles), the Republic of Ireland is slightly larger than the state of West Virginia. The capital city, Dublin, is located on the east coast.

The population of Ireland was estimated to be 3,797,257 in 2000. There has been a steady increase in the population since 1994 (3,586,000), marking a historic turn-about in demographic trends. This is attributed to growth in the economy, a decline in previously high levels of emigration , the return of former emigrants, and an increase in immigration to the point where net migration is inward. Despite having one of the lowest population densities in Europe, Ireland's population density has reached the highest sustained level since the foundation of the Republic in 1922.

Emigration lowered population to under 3 million in the early 1980s. Birth rates declined from a high of 17.6 per 1,000 in 1985 to a low of 13.4 in 1994, but this trend has slowly been reversed, reaching 15 per 1,000 in late 1998. If the population is to meet the demands of the labor market, further increases will be necessary. Government efforts to attract further immigration and to increase the population are marred by housing shortages and service deficiencies.

At the 1996 census, 40 percent of Ireland's population was under 25, and the Irish population is still relatively young, with only 11.33 percent over the age of 65. The people are largely concentrated in urban centers, with almost one-third of the total population living in the city of Dublin and its surrounding county. Population in the other major cities and their surrounding areas is on the increase. In the sparsely populated midlands and in the western and border counties, though, population is either stagnant or declining.

BEEF AND OTHER LIVESTOCK.

The most productive agricultural sector is the largely export-oriented beef and livestock industry, which accounted for 50 percent of output value in 1998. Cattle and sheep farming have, however, been hard hit by a number of crises. After EU agreements in 1999 to reduce beef prices, in February 2000, farmers were badly affected when BSE (Bovine Spongi-form Encephalopathy), or "Mad Cow" disease, resulted in a 27 percent drop in beef consumption in the key European market. In February-March 2001, the unprecedentedly severe outbreak of foot and mouth disease in herds in Britain, with pockets in Northern Ireland and France also affected, brought another enormous challenge to the industry, threatening the export markets of Ireland and all the EU countries.

Livestock products, the most prominent of which is milk, also suffered a general, if undramatic decline in output during the mid-1990s, from I£1,132 to I£1,113 million. Crops output, with cereals and root crops dominant, also decreased marginally—from I£3,431 to I£3,315 million—during this period. Sugar beet, wheat, and barley yielded the highest commercial value (1997), with milk, eggs, and fresh vegetables also important products.

Despite its reputation as a land of abundant greenery, Ireland has the lowest level of forest cover in Europe, with only 8 percent of the land under woodland, against a 25 percent average elsewhere. But this 8 percent is a considerable improvement from the 1 percent level of cover at the foundation of the state in 1922 and is the result of government reforestation programs. Current EU policy serves to encourage reforestation and the development of a timber-based agricultural sector. Reflecting this, timber output was expected (EIU estimate) to have reached 3 million square meters of timber by 2000. This would provide for an increase in the domestic market's share of local timber, as it previously imported 45 percent of its timber requirements.

Given Ireland's geographical position, fishing has been a naturally important economic activity, particularly in rural coastal areas where there are few other industries. The fishing industry has evolved to incorporate more diverse forms of activity such as fish farming, and employment rates have increased by 40 percent since 1980. Full and part-time workers together accounted for 16,000 jobs either directly or indirectly connected to the fishing industry in 1999. The value of exports increased from I£154 million in the early years of the 1990s to a peak of I£240 million in 1997. EU grants and government spending ensure that the industry will continue to expand.

Performance in the indigenous high-tech sector has also been impressive. The sector's growth in volume of output increased by 37 percent from 1987 to 1995, contributing to a 113 percent increase overall (including foreign-owned). World-class manufacturing and management standards have developed, partly encouraged by the productive foreign-owned companies and by growing links between foreign-owned and indigenous sectors. An increasing percentage of inputs purchased by foreign-owned industry for production are supplied by indigenous Irish industry. Total expenditure of foreign companies in the Irish economy has reached I£6.9 billion, up from I£2.9 billion in 1990. By 1999, this economically healthy situation had brought an unprecedented 30,000 worker increase in employment by Irish-owned manufacturing firms since 1992.

Also well represented in this high-tech sector are the Industrial Development Authority (IDA)-targeted sectors of the pharmaceutical and computer software industries. The IDA is a government body charged with the task of attracting foreign investment and is part of an umbrella organization called Enterprise Ireland. The concentration of high-tech industries they have encouraged has created a clustering effect that facilitates self-sustaining growth.

Dominated by indigenous industry, the labor-intensive textile, clothing, and footwear sectors registered no significant growth during the 1990s into the 2000s. They have suffered as a result of competition from cheaper foreign imports. Textile production in Ireland remained stagnant during the late 1990s, and employment in the sector fell by approximately 20 percent. Clothing and footwear output fell by almost 20 percent between 1993 and 1997 and has remained at that level.

Food, drink, and tobacco production recorded the strongest growth in the traditional indigenous manufacturing sector, with production output, which is aimed at both domestic and export markets, increasing by 6.1 percent in 1997. Providing the backbone for the food industry is the production of beef, milk, eggs, fresh vegetables, barley, sugar-beets, and wheat.

A combination of increased business investment, infrastructure development and an acute housing shortage resulted in an increase in the value of construction output from I£13.7 billion in 1993 to I£16.1 billion, or 14.2 percent of GDP in 1996. In 1998, the bulk of construction was directed at residential buildings. Quarried stone exists as an important indigenous supply for the construction industry. Conditions ensured that this boom continued into 2001, but it is threatened by a shortage of labor and the accompanying effect of increasing wage demands.

The open-market economic policies adopted by successive Irish governments since the late 1980s can, in large part, explain the rapid expansion of the industrial sector, particularly the high-tech industrial sector. Foreign direct investment has been attracted by a number of factors, including a carefully built, business-friendly environment, a relatively inexpensive but highly skilled labor force, access to the EU market, and a range of incentives offered by the Irish government. Economic policy is currently establishing new priorities aimed at attracting industry to the poorer regions of the country, strengthening the roots of foreign-owned industry, and encouraging research and development programs.

Availability of branch banking is dominated by 4 main clearing banks—Bank of Ireland, Allied Irish Banks, Ulster Bank, and National Irish Bank. Since the early 1990s, banks and building societies have become increasingly involved in the providing of financial services, and total employment provided by these institutions increased from 25,200 in 1994 to just under 30,000 in 1998. A scheme introduced in 1987 created incentives to make Ireland an attractive base for foreign financial institutions. A particular incentive was the setting of corporation taxes at a low 10 percent. More than 300 banks, mostly North American and European, are established in the Irish Financial Services Center (IFSC) in Dublin, offering specialized services such as investment banking, fund management, capital markets, leasing, and re-insurance. The IFSC has created direct employment for between 5,000 and 7,000 people, as well as a considerable proportion of indirect employment connected with Dublin's concentration of banks.

The country's famously green and beautiful landscape, its fine beaches, a culture of small, atmospheric, and sociable pubs, and the friendliness of its people attract many tourists. Recent tourist expansion has largely resulted from Dublin's elevation to a very popular weekend-break destination, coupled with the government tourist board's overseas promotion programs, which highlight the country's attractions for fishing, walking, and golfing enthusiasts. Total revenue from tourism reached I£2.8 billion—more than 5.7 percent of GDP— in 1997. This dropped slightly in 1999 (I£2.5 billion), but two-thirds of that year's revenue was generated by the arrival of more than 6 million overseas visitors. At the end of the 1990s, at least 120,000 jobs were estimated to depend on tourism. The biggest threat to the tourist industry is the poor quality of services. These are the result of a shortage of skilled labor, as well as increasing industrial unrest that periodically causes transportation disruptions and brings traffic chaos. Workers in the tourist industry have tended to be worse off than those in other sectors, but the I£4.50 per hour minimum wage introduced in 2000 stood to eradicate the worst cases of under-payment.

Economic expansion has facilitated increased diversification in the indigenous retailing industry. With consumer spending high, retail sales expanded by 53 percent in real value terms in 1997 and by 32 percent in volume terms. The surge in the growth of the retailing sector has attracted a large number of groups from the United Kingdom (UK), which have brought competition that has helped to control consumer price inflation. The volume of retail sales increased by 14 percent in the first quarter of 2000, with the purchase of new cars in the first half of that year up 42.9 percent.

Ireland has no territories or colonies.

i did a thingy on this in 3rd grade and we dressed as them and did a program thing as ireland.
2
Crystal

thank you for helping on my social studies project.
3
Crystal

thank you for helping on my social studies project. this helped a lot out of the other websites.:)