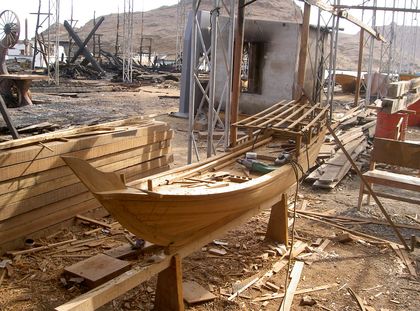 standard of living in the Middle East: per capita income was estimated at US$17,700 in 1999. Although illiteracy was relatively high for wealthy nations at 25.4 percent in 1998, more than 90 percent of the UAE population has access to safe water, health services, and sanitation. In comparison, nearly 57 percent of the population was illiterate in 1975. The UAE government spends close to 16 percent of its annual budget on schools and has produced one of the lowest student-to-teacher ratios in the world, 12 pupils per teacher. Generous spending on health care has produced similar results in a number of key health indicators that are far better than the world average: life expectancy, infant mortality rates, births attended by trained physicians, and numbers of doctors per 100,000 people in the population. Overall, UAE citizens can depend on a cradle-to-grave welfare state that has few peers in the world.

There are enormous socio-economic cleavages in the UAE, however, as wealth is not distributed evenly. Collectively, Abu Dhabi and Dubai control 83.2 percent of the UAE's GDP in large part because of Abu Dhabi's large oil production and Dubai's oil supply and commercial base. Sharjah has built its economy on trade and oil but has also depended on manufacturing. It is held back by large loans taken out in the 1970s and 1980s, reportedly receiving annual subsidies from Saudi Arabia. All 3 emirates feature modern cities that are as advanced as any in the major industrialized nations.

The other 4 emirates have little oil. In 1999 together they accounted for only 6.9 percent of GDP. They depend heavily on subsidies from the UAE central government. The economic future of these poorer emirates may revolve mostly around who emerges as the dominant figure in UAE affairs after Zayid's death. The Economist reported that Abu Dhabi Crown Prince Shaykh Khalifa wants to limit Abu Dhabi's assistance to the poorer emirates and accelerate privatization programs of large state industries. Army Chief of Staff Shaykh Muhammad favors a more federal system in which Abu Dhabi would help develop the economy of the entire federation.

Within individual emirates, there are also clear economic distinctions based on nationality and gender. While many basic social services are provided to expatriates at reduced rates, UAE citizens command salaries roughly double those of expatriates in similar jobs and have access to numerous subsidies, grants, loans, free services, and pensions unavailable to expatriate workers. UAE citizens also receive preferential treatment for many government jobs. Women are routinely discriminated against in hiring decisions. Very infrequently, they are sent abroad for post-secondary education in the United States or Europe. Increasingly, members of the UAE elite are educated in foreign universities rather than in the UAE.

Great information! Thanks! But what is the poverty rate/percentage in United Arab Emirates?
2
Jaz

Thanks, but why exactly made the UEA rich, just the oil or were their other factors?
3
saed

thank you for this short summary , but has anyone been to the UAE? When poverty is mentioned it is in every single developed country . Salaries was also mentioned , almost all western employees receive as equivalent salaries to UAE nationals or maybe higher and that is a fact. Yes Abu Dhabi is the richest and it never hesitated to support the other emirates and will continue to do that.The recent salary increases benefited the foreign employees more than the UAE nationals where salaries doubled.
4
daniel ngahu

looking at the numbers on the top my question is that? does this also reflect the expatriate who live and work in emirates cause due to high level of expenditure and the pay check does not intertwine in harmony hence we see a lot of job opportunity rise but not pay rise in any expatriate or low semi workers.
5
Nickson Rono

Nice and prieve information. Thanks and smooth idear
Love and like it