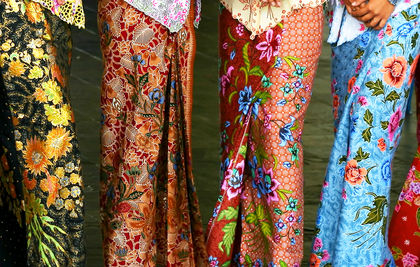 Malaysia's international trade experienced tremendous growth throughout the last 3 decades. The Malaysian government welcomed export-oriented industries, created a very positive investment environment in the country, and fostered close relations between government and private businesses. The government established a few barriers on the importation of goods and services, although it often opted for selective intervention and for protecting some sectors of the national economy. Over 5 years, Malaysia more than doubled its exports from US$29.416 billion in 1990 to US$74.037 billion in 1995. After the 1997 regional financial turmoil, Malaysia experienced economic recession, although this recession was much smaller and less destructive than that in South Korea or in Indonesia. Due to tough economic measures, Malaysia's exports recovered and reached US$83.5 billion in 1999.

Japan, the United States, and Singapore are also the 3 largest sources of imports. Most Malaysian imports originate from Japan, with the Japanese share of imported products reaching 20.8 percent in 1999, and consisting mainly of electrical and electronic equipment and machinery. The second most important source of imports is the United States, totaling 17.4 percent and dominated by electrical and electronic equipment and transportation equipment. Malaysia was the United States' 17th largest export market in 1999. Malaysia's third most important source of imports is Singapore, totaling 14.0 percent.

During the last 3 decades, Malaysian exports shifted from the sale of agricultural products, raw and processed natural resources, and labor-intensive manufactured goods (including clothing, footwear, and textiles) to the sale of skill-intensive products, including electrical and electronic equipment and parts, and services. The proportion of exported electrical machinery, appliances, and parts—including semiconductors, electronic equipment, and electrical appliances—reached almost 56 percent in 1998. The other important export products were commodities, chemicals and chemical products, manufactured metal products, and textiles, clothing, and footwear.

Malaysia has managed to maintain a positive trade balance, exporting more goods than it imports. Even during the recession of 1997 and 1998, the country had a large trade surplus of US$4.0 billion in 1997 and US$17.7 billion in 1998.

In the mid-1990s Malaysia faced growing competition from neighboring Indonesia, the Philippines, and Thailand, which could offer cheaper labor and larger and growing domestic markets. However, recent political and economic uncertainty in the region, especially military conflicts and terrorist activities in Indonesia and the Philippines has undermined the attractiveness of those markets. This has given an advantage to politically and economically stable Malaysia, although its government has often been criticized for the undemocratic measures used to maintain stability and political balance within the country.

Although Malaysia's industrialization and economic growth is highly dependent on international trade, the Malaysian government was less supportive of full economic liberalization than neighboring Singapore.

Malaysia's leadership was quite reluctant to support free trade within the Asia Pacific Economic Co-operation (APEC) region, arguing that developing countries need more time to prepare for lifting all trade barriers. Additionally, the Malaysian prime minister, Dr. Mahathir, suggested setting up a new regional body, the East Asian Economic Caucus (EAEC), in order to strengthen the negotiating power of East-Asian countries with regard to the North American Free-Trade Agreement (NAFTA) and the European Union.

I would like to know about the issue concerned to the importance, contributions and the solutions to overcome this problem.. I hope your answer help me a lot for my study.