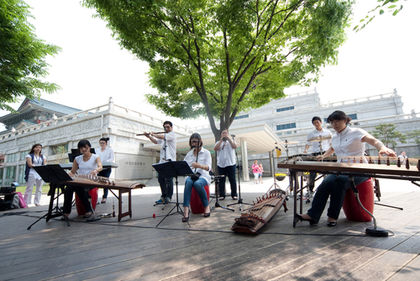 Education, which is compulsory until the age of 14, has been a priority for the South Korean government since 1948. During the period 1995-97, it accounted for 17.5 percent of government annual spending, which is higher than most countries including Japan and the United States. The literacy rate has risen from 22 percent in 1945 to 87.6 percent in 1970 and to 97.5 percent in 1998, but is a little lower than North Korea's rate of 100 percent. South Korea has surpassed certain major industrialized countries in college-level enrollments in science (34 percent in South Korea, 23 percent in Japan, 29 percent in the United Kingdom, and 31 percent in Germany). Nevertheless, it is still lags behind North Korea in the percentage of the population with post-secondary education; in 1998, post-secondary graduates equaled 9.2 per-

cent of the adult population compared to 13.7 percent in North Korea.

Economic development has improved the standards of living of the South Koreans over time. As a result, only 4.2 percent of them lived below the poverty line in 1999. However, the rapid economic development has created extremes of wealth and poverty. The 1997 financial crisis worsened the situation as many people lost their employment while many others faced wage cuts and declining purchasing power. To address the situation, the government spends large amounts on the social safety net (welfare and unemployment insurance), which amounted to 7 percent of government expenditure in 2000.

i need help despratly. i can't find what i'm looking for!!