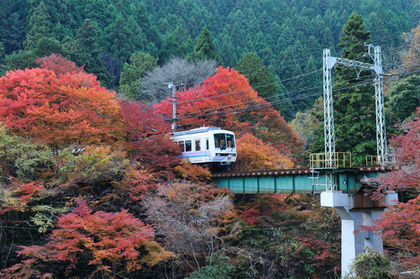 Japan has a very advanced and well-maintained infrastructure, which undergoes regular upgrading and expansion. Both the private and public sectors undertake various infrastructural projects and operate their respective services.

As a country surrounded by water, Japan has developed a very extensive and modern sea transportation system. It includes many ports and harbors such as Akita, Amagasaki, Chiba, Hachinohe, Hakodate, Higashi-Harima, Himeji, Hiroshima, Kawasaki, Kinuura, Kobe, Kushiro, Mizushima, Moji, Nagoya, Osaka, Saki, Sakaide, Shimizu, Tokyo, Tomakomai, and Yokohama. Japan has a very large merchant-marine fleet, which is a necessity for its international trade and for ensuring an uninterrupted arrival of raw material, fuel, foodstuffs, and other necessary products. The fleet comprises 662 ships with a total capacity of 13,039,488 tons.

Japan benefits from a modern and extensive air transportation system. In 1999, there were 171 airports, of which 140 have paved runways, and 14 heliports. Airports in Tokyo, Kagoshima, Osaka, and Kansai provide international services. The major international airports are Narita, which serves Tokyo; Kansai, which serves Kobe, Kyoto, and Osaka; and Chitose (Sapporo) and Sendai in Northern Japan, which serve many northern cities. Major airport construction projects include a second runway for Kansai International Airport, a $7.2 billion-project for Central Japan International Airport in Ise Bay, and the New Kitakyushu Airport in the Kyushu region located in the western part of Japan. Japan has a large air passenger fleet consisting of private and public airlines.

Japan's telecommunication system is very advanced. It consists of private and public service providers, but a public company, Nippon Telephone and Telegraph (NTT), is the largest provider, controlling about 95 percent of fixed telephone lines. In 1997 there were 60.3 million fixed telephone lines in use. By 1999, there were 30.6 million cellular phones in operation, a 260 percent increase in 2 years, and 6.3 million personal handphone systems (PHS), cheaper versions of cellular phones with limited signal coverage. Personal computer ownership is high: 237 PCs per 1,000 population, in 1998, compared to 459 per 1,000 population in the United States, which has the world's highest rate of PC use. In 1999, there were 357 Internet service providers in Japan. The rate of Internet use is low: 13.34 per 1,000 population in 1999, as compared with 112.77 in the United States. Japan has a very large television and radio industry operated by private and public sectors. In 1997, there were 86.5 million television sets and 120.5 million radios in use.

The Japanese power-generation industry includes both private and public companies, though in 1999, only 5 percent of the nation's power was created by the private sector, a proportion that is expected to increase with industry deregulation (a lessening of government controls). Japan's electricity is derived from 4 major methods: thermal (using oil, liquefied natural gas, and coal), nuclear, hydro (water power), and non-conventional (geothermal, solar, and wind). In 1998, the proportion of electricity generated from these sources was 57 percent, 32 percent, 9 percent, and 2 percent, respectively. In that year, total electricity produced amounted to 995.982 billion kWh, well above the consumption of 926.263 billion kWh. In anticipation of large increases in consumption in the 21st century, Japan is planning to increase its output to 1,280 billion kWh by 2020.

Since its thermal generators depend heavily on large imports of fuel, Japan is planning to decrease its dependency on this method and increase its dependence on nuclear power, although that method is more costly. Accordingly, 9 new nuclear reactors are planned to become operational by 2008, providing an additional 11.3 gigawatts (GW) of electricity. Japan is also encouraging the expansion of generators using renewable energy, such as hydropower and geothermal energy.

with respect, on behalf of Ari Saiful Rizal from Indonesia, I want to work together for the construction of a project for a steam power plant, thank you
3
Rajendra