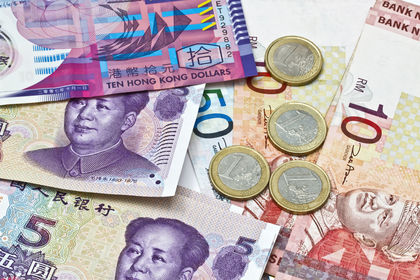 China's economy has grown increasingly faster since the 1978 introduction of economic reforms. The Chinese official statistics show that real gross domestic product (GDP) from 1979 to 1999 was growing at an average annual rate of 9.7 percent, making China one the world's fastest growing economies. According to the World Bank, China's rapid development has raised nearly 200 million people out of extreme poverty.

Since its establishment in 1949 and until the end of 1978, China maintained a centrally planned, or command, economy. The state directed and controlled a large share of the country's economic output; the state set production goals, controlled prices, and allocated resources throughout most of the economy. By 1978, nearly three-fourths of the country's industrial production was produced by centrally controlled state-owned enterprises (SOEs) according to centrally planned output targets. There were almost no private enterprises or foreign invested firms in China. It was estimated that China's real GDP grew at an average annual rate of about 5.3 percent from 1960 to 1978. Because the central planning economic systems and government economic policies put little emphasis on profitability or competition, the country's economy was relatively stagnant and inefficient. As a result the Chinese living standards were substantially lower than those of many other developing countries. The Chinese government took steps to improve economic growth and raise living standards in the late 1970s.

The first of China's economic reforms started in 1978 when Den Xiaoping came into power again. The reforms concentrated on the agricultural production system in rural areas. The central government initiated price and ownership incentives for farmers; for the first time, farmers were able to sell a portion of their crops on the free market. In addition, the reforms tried to attract foreign investment, boost exports, and begin the importation of high technology products into the country. To do this, the government established 4 special economic zones (SEZs). Additional reforms followed in stages that sought to decentralize economic policymaking in several economic sectors, especially trade. As a part of the decentralization of economic policymaking, provincial and local governments took economic control of various enterprises, allowing them to operate and compete on free market principles.

The economic reforms had produced such promising economic growth that by the middle of 1980s the government selected additional coastal regions and cities as open cities and development zones to test more free market reforms and to offer tax and trade incentives to attract investment from overseas. Moreover, the state gradually eliminated the price controls on a wide range of products. Agricultural output doubled in the 1980s, and industry also demonstrated major gains, especially in coastal areas close to Hong Kong and opposite Taiwan, where foreign investment helped stimulate output of both domestic and export goods. Even more reforms were initiated in late 1993 when China's leadership approved additional long-term reforms which would allow the state enterprises to continue to dominate many key industries in what was now termed "a socialist market economy."

The transition of the country's economic system from a command to a market-based economy helped fuel a strong average growth. Between the start of an economic reform program in 1978 and 1995, the GDP growth was 8.0 percent a year. The growth remained strong from 1996 to 2000. In 1999 China became the second largest economy in the world, after the United States. But China's GDP per capita of US$3,800 was much less than the United States.

China's trade and investment reforms as well as its incentives led to a surge in foreign direct investment (FDI), which has served as a major source of China's capital growth. Annual utilized FDI in China grew from US$636 million in 1983 to US$45.6 billion in 1998 (but dropped to an estimated level of US$40.5 billion in 1999), making China, in the late 1990s, the second largest destination of FDI (after the United States). About two-thirds of FDI in China comes from Hong Kong and Taiwan. The United States is the third largest investor in China, accounting for 8.0 percent (US$24.6 billion) of total FDI in China from 1979 to 1999.

Since the reforms, China has made great strides in improving its social welfare. Both consumption and saving have more than doubled, and the poverty rate has declined. According to the World Bank, about 200 million Chinese who used to live in absolute poverty have been raised above the minimum poverty line. And only 10 percent of the country's population of 1.25 billion were illiterate.

Although the reforms were encouraging, the Chinese government experienced various difficulties. It struggled to collect revenues due from provinces, businesses, and individuals; to reduce corruption and other economic crimes coinciding with the reforms; and to maintain daily operations of the large state-owned enterprises. Many of the state-owned enterprises had not participated in the vigorous expansion of the economy, and some of them had lost the ability to pay full wages and pensions.

Nice post.
But could you clarify that how the current economy is controlled?
2
allt

Is China controlled by a Command, Market or a Mixed economy?
3
Mafia

MY question is about china's economic..

Give me answer about this question and any article do you have then please share with me thanks..
4
Ava Adams

this is a good article about China's economy and their economy's history.
5
aidan

it is a good article and it was very informative. i also think you knew what you were talking about. :)
6
Billy bob

hi this is a good site to learn about china's economy