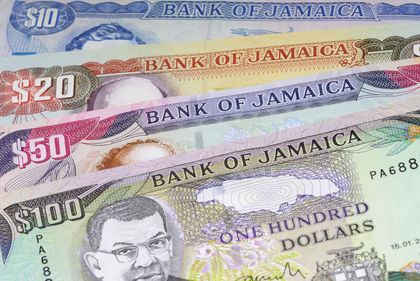 Over the past several decades, Jamaica has relied more and more on imports. The value of imports in 1998 was more than double the value of exports. Jamaica exports and imports the majority of its goods from the United States. The United Kingdom was Jamaica's second largest single trading partner, with US$192 million in exports in 1995, or 13 percent; the remainder of the European Union countries received US$219 million, or 15 percent. Other major recipients of Jamaican goods were Canada, Norway, and the various CARICOM countries.

Imports of foreign goods were also dominated by the United States. In 1995, Jamaica imported US$1,399 million in goods from the United States, representing 49 percent of all imports (this number climbed to 52 percent in 1999). Major imports were consumer goods , including

food, fuels, and other raw materials. CARICOM countries accounted for US$255 million in imports, or 9 percent, in 1995, while the United Kingdom (US$240 million, or 8.5 percent), Norway (US$184 million, or 6.5 percent), other EU countries ($112 million, or 4 percent), and Canada (US$99 million, or 3.5 percent) accounted for the remainder of imports. Imports rose dramatically through the 1990s, from US$1.799 billion in 1991 to US$3 billion in 1999. Much of the rise in imports can be attributed to large purchases of capital goods by the government, expanding demand for consumer goods, and to major purchases made by Air Jamaica, the country's major airline.

The United States has increased in importance as Jamaica's dominant trading partner throughout the 1990s. In 1990, the United States accounted for 28 percent of Jamaica's exports and 49 percent of its imports; by 1999, those numbers had risen to 42 percent and 52 percent, respectively. Major exports are bauxite and alumina, food, and garments assembled in Jamaica. As Jamaica's trade with the United States increased, its trade with fellow members of CARICOM, the Caribbean Common Market, decreased from 8.3 percent of exports and 21.7 percent of imports in 1990 to 4 percent and 9 percent, respectively, by 1995. This lack of trade within CARICOM signals the group's inability to stimulate the regional economy despite the proximity and the lack of trade restrictions between member nations.

The substantial and growing trade imbalance that Jamaica endured over the years has been partially offset by the input of tourist dollars and of monies sent home by Jamaicans working abroad. Nevertheless, Jamaica continues to run a trade deficit which forces it to borrow heavily to pay for its consumption.