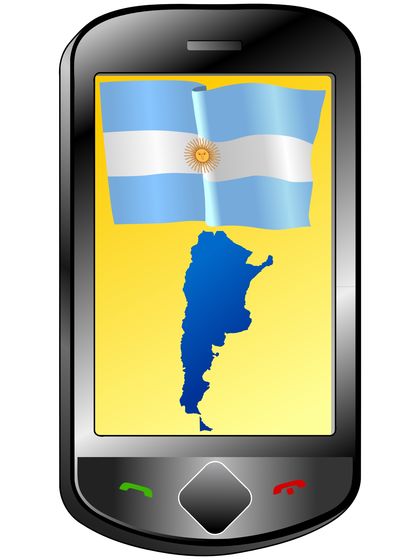 Argentina has a good infrastructure system in comparison with other Latin American nations, but many areas need significant improvement. The nation has 215,434 kilometers (133,870 miles) of roads, including 734 kilometers (456 miles) of expressways or highways, but only 63,553 kilometers (39,492 miles) of the country's roads are paved. Argentina has been the recipient of a number of aid packages to improve infrastructure. For instance, the United States has provided US$7 million and the World Bank provided US$450 million for highway construction. There is an extensive rail system that transports both freight and passengers around Argentina, with a total of 38,326 kilometers (23,816 miles) of track.

Argentina has 10,950 kilometers (6,804 miles) of navigable waterways. However, most of the country's major ports are located on the Atlantic coast, and little freight is transported along the inland waterways. The nation's main ports include Bahia Blanca, Buenos Aires, Comodoro Rivadavia, La Plata, and Mar La Plata (all located on the Atlantic Coast). Inland river ports include Rosario and Santa Fe, while the port of Ushuaia is located in the extreme southern tip of the nation near Cape Horn where the Atlantic and Pacific Oceans meet. Argentina has a small merchant marine of 26 ships with more than 1,000 tons of gross weight. This includes 11 petroleum tankers. In order to provide fuels to inland areas and ship resources to ports for export, there is a broad pipeline system. There are 4,090 kilometers (2,542 miles) of crude oil pipelines, 2,900 kilometers (1,802 miles) for other petroleum products, and 9,918 kilometers (6,163 miles) of natural gas pipelines.

There are 1,359 airports in Argentina, although only 142 have paved runways. Buenos Aires has 2 major airports. The first, Ezeiza International Airport, is the main point of arrival and departure for most international flights. Most domestic or regional flights, including those to Brazil, Uruguay, and Paraguay originate from the second major airport in Buenos Aires, Aeroparque Jorge Newbery. Most major international air carriers offer service to Buenos Aires, including the U.S. carriers United and American Airlines. Argentina's national airline is Aerolineas Argentinas. The government is involved in a program to privatize airports. Thus far, 33 major airports have been turned over to private companies to operate.

Argentina has a telephone density of about 20 private phones per 100 people. There are also some 12,000 public telephones. Deregulation of the telecommunications industry is ongoing, and service and infrastructure

have improved dramatically. Companies such as AT&T, MCI, and Sprint can now provide long-distance service to a limited degree. There are currently 40 earth stations that support the telephone system's microwave relay complex and 3 earth satellite stations. Nonetheless, many areas of the country experience telephone outages, particularly after heavy storms. There are also continuing restrictions on satellite services. The cable television system has also expanded and now includes a number of international channels such as CNN International, CNN Espanol, and MTV, as well as channels from Brazil, France, Germany, and Italy. Initiatives to increase Internet usage have broadened access and in 1999 there were 47 Internet service providers. By 2000, about 10 percent of the adult population used cellular phones (there are about 2.5 million mobile phones in use).

In 1998, total electric production was 75,237 kilowatt-hours (kWh). Fossil fuels provided 42.71 percent of production while hydroelectric sources provided 47.55 percent and nuclear power 9.47 percent. The electric industry in Argentina was deregulated in 1991, and most power distribution sources have now been privatized, although a small number remain under government control. Behind Venezuela, Argentina has the second-largest proven reserves of natural gas in South America with 24 trillion cubic feet. The country also has significant oil reserves (2.8 billion barrels) and produces about 900,000 barrels of crude oil per day.