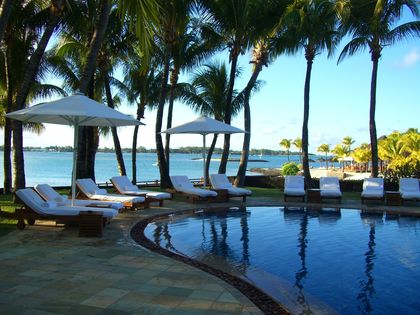 Mauritius is an island in the Indian Ocean, located 2,400 kilometers (1,491 miles) off the southeast coast of Africa. It has a total area of 1,860 square kilometers (781 square miles), and a coastline of 177 kilometers (110 miles). The Republic of Mauritius also includes the barely populated Agalega Islands and the Cargados Carajos Shoals, as well as Rodrigues (population 35,000). The capital, Port Louis, is situated on the west coast of the island, and has a population of approximately 136,000.

Mauritian society is a heterogeneous one. The 2 main population groups are the ethnic Indians, who make up 68 percent of the population, and the Creoles, mixed race descendants of African slaves and colonial settlers, who comprise 27 percent. Other groups include Chinese (3 percent) and white Franco-Mauritians (2 percent). The ethnic Indians are further divided into Hindus and Muslims, with the Hindus being the majority. Nevertheless, the inhabitants of the island tend to view themselves as Mauritians first and foremost.

Sugarcane is still the dominant crop, extending over 90 percent of the cultivated land surface of the country. Twenty-five percent of export earnings come from sugar cane. Per annum sugar production amounts to approximately 630,000 tons. Due to a bad drought, this figure shrunk to 580,000 tons in 1999. As a result the agricultural sector as a whole registered a growth rate of minus 25 percent during this year. The government stepped in to help assist sugar farmers badly hit by low harvest in 1999. It provided a grant of R5,000 per hectare to farmers who experienced losses due to drought and paid a premium for sugar purchase. Mauritius is prone to recurrent cyclonic weather, which can impact the sugarcane crop, and consequently economic growth.

Other sources of export revenue in the agricultural sector include tea, coffee, and tobacco. Tea production and exports decreased dramatically over the period 1995-2000, however. The production of onions, potatoes, maize, poultry, cattle, fish, pulses, bananas, and venison occurs on a small scale, largely for local consumption. Government is also supporting the development of biotechnology and hydroponics.

Tourism is a big foreign exchange earner for Mauritius, which has marketed itself as an "exclusive" destination. About 5 percent of GDP is derived from the tourism sector, and revenues currently amount to US$100 million per annum. Most visitors come from Europe— 66 percent of the market—with France and the UK providing 175,400 and 58,700 tourists, respectively. Africa's market share is 27 percent, with tourists coming mainly from South Africa and Reunion Island. About 17,111 people are employed in the tourism sector, 65 percent of these in the hotel industry. There are signs that growth in this sector is slowing: in 1999 the sector grew by just 6 percent, compared to double-digit figures prior to that.

Over the past few years, the financial services sector has really stepped up its role in the economy, partly due to government support of the industry. To stimulate the development of the financial sector, the government provides tax incentives for financial institutions under the Pioneer Financial Services Scheme. To date, the industry has grown by over 62 percent, and comprises 13 percent of GDP. The aim is to develop the sector as a major financial center of international repute. Currently there are eleven offshore banks , which offer merchant banking, insurance, fund management, and securities services. Non-residents are the main customers of this sector, often U.S. companies with investments in India. A tax treaty between Mauritius and India creates tax advantages to companies with investments in India that channel their funds through Mauritius.

In early 2001, the government set out its National Information Technology Strategy Plan of establishing the information technology sector as a free trade zone with "digital parks." These parks will consist mainly of sophisticated telecommunications and IT infrastructure as well as enabling hassle-free access to the Internet. According to this plan, it is estimated that IT-penetration will increase to 50 percent and increase PC home ownership to 40 percent by 2005. The government still has to unveil its proposed package of financial incentives that will be offered in this regard.

Up to the year 2000, Mauritius's major exports, sugar and textiles, have benefitted substantially from preferential trade agreements under which exports from Mauritius face lower duties than those goods from other countries. Most of Mauritius's sugar is now exported to the European Union (EU) under the Sugar Protocol of the Lomé Convention, which allows the country an export quota of 300,000 metric tons, at a price which is generally quite a lot higher than that paid on the world market. Mauritian textiles have also benefitted from preferential access to EU markets, and from the Multi-Fibre Agreement.

However, the Lomé Convention expired in 2000, and the EU has decided to level access to its markets for developing countries, which will erode the preferential treatment received by former EU colonies such as Mauritius. The annual quota assigned to the African, Caribbean, and Pacific (ACP) countries will now be reduced and it is expected that the price received for sugar exports will also fall. This move is expected to hit Mauritius hard, as it is among the top 3 sugar exporters to the EU.

The Multi-Fibre Agreement is being phased out and will come to an end in 2005. The agreement works on a bilateral quota system designed both to protect clothing and textile manufacturers in developed countries and facilitate market access for developing countries. The impact on Mauritius will depend on whether the developed countries continue to try to protect their textile industries. In any event, the termination of the Multi-Fibre Agreement (MFA) is expected to result in intensified global competition in the clothing and textiles industries. As mentioned above, Mauritian clothing and textile companies are already moving to cheaper production locations in order to enhance their competitiveness. The U.S.'s Africa Growth and Opportunities Act is expected to benefit the Mauritian clothing and textile industry, and may mitigate the impact of the phasing out of the MFA.

In the 1970s, Mauritius followed a policy of import substitution, which involved protecting certain domestic industries from outside competition by keeping tariffs at high levels. This policy reduced the country's reliance on outside imports. However, following the global trend, Mauritius began to open up its markets for imports in the 1980s. Mauritius is a member of the World Trade Organization (WTO), and is therefore committed to certain WTO agreements, designed to promote free trade among nations. Mauritius is a member of the Common Market of Eastern and Southern Africa (COMESA), the Southern African Development Community (SADC), and the Indian Ocean Commission.

Mauritius has no territories or colonies.

Interesting!!!
Some history regarding the island.
2
Mateen

Mauritius was originally a French colony and the everyday language on the island is french and french creole. Then France did a swop of island with England and Mauritius became an English colony. And in 1968 it became independent from England. The people of this island are very friendly.
5
Akhilesh

Mauritius in increasingly getting a higher income in all agricultural matters. With new technologies, Mauritius is moving ahead. So proud to be a Mauritian.
7
Jean Maxwell Georges

I would like to know the maurtius market size of the clothing industry.Thks
8
dj san

infomations above should be revised as 2000 to 2012 we 've met a huge economic growth even in population and industries...
9
joy

what is the interfaith community like in Mauritius?
10
Shanta Debnath

I'm excited after known about the Mauritius, and I would be go Mauritius in future
11
haidar

Is it easy to get job as Masters degree holder and a foreigner?