CONGO, REPUBLIC OF THE 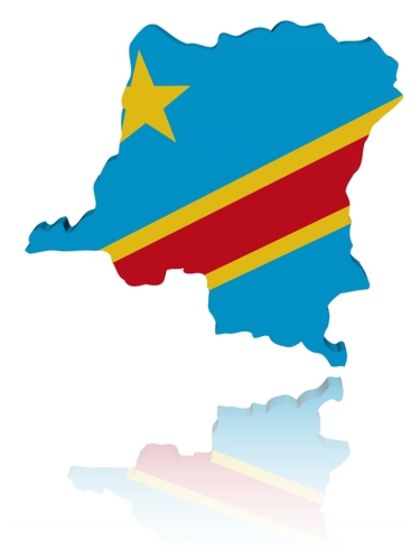 The Republic of the Congo (ROC) is located in Western Africa and has an area of 342,000 square kilometers (132,000 square miles). It has a modest coastline of 169 kilometers (105 miles) along the Atlantic Ocean in the southwest and shares land borders with Gabon, Cameroon, and the Central African Republic on the west and north. The country is sometimes referred to casually as simply Congo or the Congo, or even Congo Brazzaville, to designate that it is the Congo with Brazzaville as its capital, distinguishing it from the Democratic Republic of the Congo (or Congo Kinshasa), which has its capital at Kinshasa. The Democratic Republic of the Congo lies along Congo's eastern border, with Angola's Cabinda Province sharing a small section of the southeastern border. The Congo is slightly smaller than Montana. The capital city of Brazzaville is located in the southeast of the country, directly across the Congo River from Kinshasa.

Congo's population was 2,830,961 and growing at an annual rate of 2.23 percent annually in 2000. The birth rate and the death rate in 2000 were estimated at 38.61 and 16.35 per 1,000 population, respectively. Life expectancy in Congo is only about 47 years of age, with women living to age 50 and men on average to age 44. One contributing factor to this short life span is the AIDS epidemic, which has in recent years swept across much of sub-Saharan Africa (that part of the African continent that is south of the Sahara desert).

The Congo is one of the most urbanized countries in Africa. Eighty-five percent of the population lives in Brazzaville, Pointe-Noire, or one of the smaller cities found along the railway which connects Brazzaville and Point-Noire. The official language is French. However, there are many dialects spoken in the Congo of which Lingala and Monokutuba are the most widely spoken.

The population of the Congo is made up of 4 major ethnic groups: the Kongo, the M'Bochi, the Sangha, and the Teke. Only 12,000 pygmies (or the Baka people, a collection of tribes who dwell in African forests in the region occupied by Congo and its neighbors) remain in the country.

The Congo's manufacturing sector plays a small role in the economy, consisting of around 100 factories in Brazzaville and Pointe Noire, mostly engaged in the processing of agricultural and forest products. There are a number of companies engaged in manufacturing import-substitution products such as footwear, soft drinks, chemicals, cement, and metal-working products. The less significant sectors of the manufacturing industry produce textiles, footwear, cement, and soap.

Oil is Congo's main export and the major support for a faltering economy. In 1998, the Congo exported more than 257,000 barrels of oil daily, and petroleum comprises some 50 percent of exports. In sub-Saharan Africa, the Congo is the fourth-largest oil producer, and has an estimated 1.5 billion barrels in reserve.

In 1994, the Congo took steps to deregulate the oil industry by offering production-sharing agreements with major foreign oil companies. This initiative is intended to regularize the flow of income to the government. Despite these steps, declining oil prices in 1998 badly hurt the Congo's economy. The French oil company Elf-Aquitaine, which accounts for 70 percent of Congo's annual oil production, is the major producer, along with the Italian oil firm Agip, and Chevron and Exxon from the United States. Rising worldwide oil prices in 2001, together with new discoveries and production, are expected to increase export revenues in the coming years.

The Congo has the third-largest natural gas reserves in sub-Saharan Africa, estimated at over 3 trillion cubic feet. As of 2001, however, there was no development of a natural gas industry. The Congo has substantial reserves of copper, lead, zinc, gold, and platinum, but these metals are mined in small quantities.

The Republic of the Congo has no territories or colonies.

Petroleum, tropical and other woods, diamonds, sugar, coffee, and cocoa.