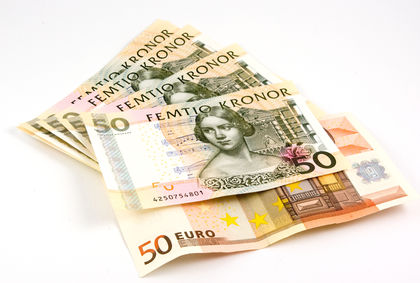 In contrast, corporations are taxed relatively lightly in comparison with those in many other countries. The national income tax rate on corporations was 28% in 2002 (separate municipal income tax on corporations was abolished as of 1985), with no distinction between distributed and undistributed profits. Capital gains are taxed like other corporate income at 28%. The withholding tax on dividends is 30% and on royalties, 28%, but these rates are often reduced or eliminated in bilateral tax treaties. Interest income is not subject to withholding.

Tax liability is determined according to a firm's books so long as these are properly kept. Companies are allowed considerable discretion in determining their net income for any particular year; they can take advantage of the flexible rules governing the valuation of stocks and the depreciation of equipment and machinery. Swedish companies may set aside an investment reserve in boom years and use this reserve in years of slack production.

For decades, the Swedish ratio of indirect taxes to total tax revenue was one of the lowest in the world. During World War II and the early postwar years, however, a national sales tax was in effect. The national sales tax was replaced by a value-added tax (VAT) with a standard rate of 10% on 1 January 1969. The standard rate was increased to 17.65% 1971, to 20.63% in 1977, to 46% in 1980, to 21.51% in 1981, to 23.46% in 1983, to 25% in 1992, where it has since remained. Almost all goods and most services are subject to this tax. There are two reduced rates: 12%, applied to food, and 6%, applied to domestic passenger transport, newspapers, and, as of 1 January 2002, books and magazines. A zero VAT rate applies to printing services, ship and airplane building and repair, sea rescue services, prescription medicine, aircraft fuel, and gold supplied to the Central Bank.

I AM GOING TO SWEDEN TO WORK FOR ONE OF OUR COMPANIES FOR A YEAR. I WILL STILL BE PAID BY THE US COMPANY AND US TAXES WILL BE TAKEN. WILL I HAVE A TAX OBLICATION TO SWEDEN AS WELL? PLEASE ADVISE
2
RETHEESH

I AM GOING TO SWEDEN FOR WORK AS A NURSE .MY EMPLOYER OFFER ME 1500 EURO PER MONTH .AFTER TAX DEDUCTION HW MUCH I WLL GET?IS THERE ANY SWEDIH LANGUAGE EXAMS
3
bikash

I will be going as a research scholar and will get 2,88,000 krona. How much tax do I have to pay.?I will stay for a year. please inform me