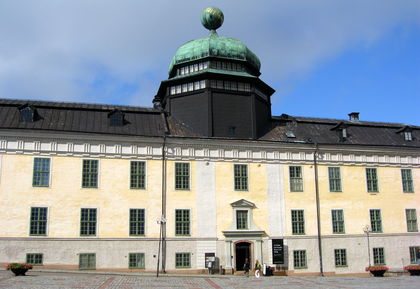 Virtually the entire adult Swedish population is literate. Education is free and compulsory between ages 7 and 15. A nine-year comprehensive course was introduced in 1962. All pupils receive the same course of instruction for six years; beginning in the seventh year the curriculum is differentiated, and students may choose between a classical and a vocational course. About 80% of all students then enter gymnasium (senior high school) or continuation schools. The gymnasium specializes in classical or modern languages or science; after the three-year course, students may take a final graduating examination. The continuation schools offer a two-year curriculum that is more practical and specialized than that of the gymnasium and leads more quickly to the practice of a trade. Both comprehensive schools and secondary schools are administered by local authorities, while the central government provides grants-in-aid to cover the greater part of the costs. In 1997, there were 690,630 students and 58,365 teachers in primary schools. Student-to-teacher ratio stood at 12 to 1. In the same year, there were 829,295 students and 78,732 teachers in the secondary schools. Institutions of higher education had a combined enrollment of 275,217 students; teaching staff totaled 33,498.

Enrollment at the tertiary level has now reached 40%. Sweden's six universities, all largely financed by the state, are at Uppsala (founded in 1477), Lund (1666), Stockholm (1877), Göteborg (1891), and Umea and Linköping (both completed in 1963). Uppsala and Lund have four faculties each—law, theology, medicine, and philosophy (arts and sciences). Stockholm has faculties of humanities, law, mathematics, and science; Göteborg, medicine and humanities. There are also more than two dozen specialized schools and institutions of university rank for such subjects as medicine, dentistry, pharmacology, veterinary science, music, economics, commerce, technology, agriculture, and forestry. Tuition is free, except for some special courses; most university students receive government loans to help them meet their living expenses.

Sweden has an active adult education movement in which some three million persons participate each year. People's schools and other educational institutions give courses for all those who want to study. All the universities have extension divisions for general studies. There are 130 state-subsidized folk high schools for working adults that provide courses ranging in length from a few days to 80 weeks. As of 1999, public expenditure on education was estimated at 8% of GDP.

I am an Iranian girl and I have a master degree in math
(Isfahan university), and I would like to study IT(Infotmation tecknology), in one of sweden universities, how can I get a scholarship please?(I live in Iran now)...
thanks.
3
chibueze

i have a bachelors degree in accounting and would like to study finance in sweden. how can i get a scholarship? i am a nigerian, and i live in nigeria
4
Qudsya Iftikhar Awan

education should be must free at high level which is more benefit for poor students and those who want to abroad for higher studies so that they more competitive in the world.
5
mohammed farooq

hi
its farooq from india.i would ike to do my master's degree (telecommunication) in sweden .co plz forward me related info like prerequirments and all.
6
odunayo

I am a Nigerian and i want to migrate to sweden to futher my education please how do i go about it;its very urgent.I want to study Aeronautical Engineering.I mean BSc.
7
imam md. abu hena

i have completed honiurs degree in veterinary medicine (dvm).i want to complete masters degree in public health in sweden.what i should do?
with thanx
8
sarah rivera

hi. im from Philippines. i would like to know how to get an admission in Swedish schools with gymnasium? Because i would like to pursue IT after that, I heard from my cousin that IT there is good and very advanced..
9
Albert

How many students are there in a class? in elementary school
what is the national outcome for thne education?
10
jacob