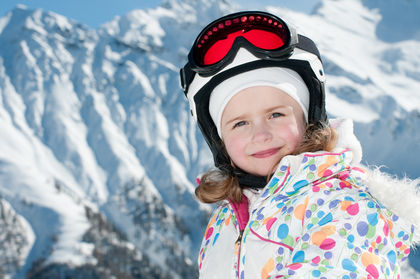 Denmark's health care system has retained the same basic structure since the early 1970s. The administration of hospitals and personnel is dealt with by the Ministry of the Interior, while primary care facilities, health insurance, and community care are the responsibility of the Ministry of Social Affairs. Anyone can go to a physician for no fee and the public health system entitles each Dane to his/her own doctor. Expert medical/surgical aid is available, with a qualified nursing staff. Costs are borne by public authorities, but high taxes contribute to these costs. As of 1999, there were an estimated 3.4 physicians and 4.5 hospital beds per 1,000 people. The number of hospital beds, like that in other EU countries, has undergone a major decline since 1980, from around 40,000 to about 23,000 in 1998/99. Deinstitutionalization of psychiatric patients has contributed significantly to this trend. The ratio of doctors to population, by contrast, has increased during this period.

Danish citizens may choose between two systems of primary health care: medical care provided free of charge by a doctor whom the individual chooses for a year and by those specialists to whom the doctor refers the patient; or complete freedom of choice of any physician or specialist at any time, with state reimbursement of about two-thirds of the cost for medical bills paid directly by the patient. Most Danes opt for the former. All patients receive subsidies on pharmaceuticals and vital drugs; everyone must pay a share of dental bills. As of 1999, total health care expenditure was estimated at 8.4% of GDP.

Responsibility for the public hospital service rests with county authorities. Counties form public hospital regions, each of which is allotted one or two larger hospitals with specialists and two to four smaller hospitals where medical treatment is practically free. State-appointed medical health officers, responsible to the National Board of Health, are employed to advise local governments on health matters. Public health authorities have waged large-scale campaigns against tuberculosis, venereal diseases, diphtheria, and poliomyelitis. The free guidance and assistance given to mothers of newborn children by public health nurses have resulted in a low infant mortality rate of 4 per 1,000 live births (2000). Medical treatment is free up to school age, when free school medical inspections begin. As of 1999, children up to one year of age were vaccinated against diphtheria, pertussis, and tetanus (99%) and measles (92%). In 2000, life expectancy at birth was 76 years for males and females. The overall death rate was 11 per 1,000 people in 1999.

This was exactly what I was looking for. I'm sending my notes on it to our congressman and representative to explain the direction some of the needs as well as the results of Denmark's health care system. I wish the data had been more recent but I would assume it's a fair explanation the course their health care measures in terms of costs and results. Thank you! Anne
2
sankaralingam

I would think the health system of Finland had more relevance to the U.S. with a mix of densely and very sparsely populated areas and a points system being applied to each disease according to priority. The costs are certainly better controlled in Finland than in my own country, Denmark.
4
Rachel S

Hej. Friends in Denmark have invited me to be a guest in their home for an unspecified amount of time until during which I will either find my own place, etc., in DK or return to USA. I have a hearing disability and Medicare; Medicare doesn't transfer health benefits to foreign countries. What should I do whilst in DK with friends? I understand I am eligible for some free benefits re emergencies and treatment. But I'd need a physican who could write prescriptions... What do you suggest? Please be accurate. Thanks.