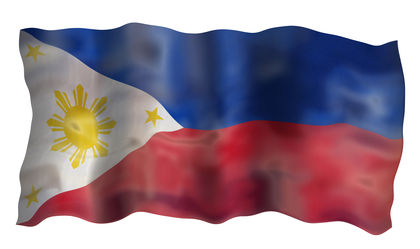 The first Philippine political party, established in 1900, was the Federal Party, which advocated peace and eventual statehood. Later, the Nationalist Party (NP) and the Democratic Party were established. They did not produce an actual two-party system, since the Nationalists retained exclusive control and the Democrats functioned as a "loyal opposition." However, following Japanese occupation and the granting of independence, an effective two-party system developed between the Liberal Party (LP) and the NP. The Progressive Party, formed in 1957 by adherents of Ramon Magsaysay, polled more than one million votes in the presidential election of 1958. In the elections of November 1965, Senator Ferdinand Marcos, the NP candidate, received 55% of the vote. In the 1969 election, he was elected to an unprecedented second term. All political activity was banned in 1972, following the imposition of martial law, and was not allowed to resume until a few months before the April 1978 elections for an interim National Assembly. The Marcos government's New Society Movement (Kilusan Bagong Lipunan- KBL) won that election and the 1980 and 1982 balloting for local officials, amid charges of electoral fraud and attempts by opposition groups to boycott the voting. The principal opposition party was the People's Power Movement-Fight (Lakas Ng Bayan- Laban), led by Benigno S. Aquino, Jr., until his assassination in 1983. This party joined with 11 other opposition parties in 1982 to form a coalition known as the United Nationalist Democratic Organization (UNIDO). Following Aquino's murder, some 50 opposition groups, including the members of the UNIDO coalition, agreed to coordinate their anti-Marcos efforts. This coalition of opposition parties enabled Corazon Aquino to campaign against Marcos in 1986. In September 1986 the revolutionary left formed a legal political party to contest congressional elections. The Partido ng Bayan (Party of the Nation) allied with other left-leaning groups in an Alliance for New Politics. This unsuccessful attempt for electoral representation resulted in a return to guerrilla warfare on the part of the Communists.

After assuming the presidency, Aquino formally organized the People's Power Movement (Lakas Ng Bayan), the successor to her late husband's party. In the congressional elections of May 1987, Aquino's popularity gave her party a sweep in the polls, making it the major party in the country. Marcos's KBL was reduced to a minor party. Some of its members formed their own splinter groups, such as the Grand Alliance for Democracy (GAD), a coalition of parties seeking distance from Marcos. Others revived the LP and the NP, seeking renewed leadership. The left-wing People's Party (Partido Ng Bayan), which supports the political objectives of the NPA, was a minor party in the elections. In May 1989 Juan Ponce Enrile reestablished the Nacionalista Party. A new opposition party, the Filipino Party (Partido Pilipino), organized in 1991 as a vehicle for Aquino's estranged cousin Eduardo "Danding" Cojuangco's presidential campaign. He ran third in the election, taking 18.1% of the vote, behind Miriam Defensor Santiago with 19.8% of the vote. On 30 June 1992 Fidel Ramos succeeded Corazon Aquino as president of the Philippines with a plurality of 23.6%. In September 1992 Ramos signed the Anti-Subversion Law signaling a peaceful resolution to more than 20 years of Communist insurgency, with the repeal of the antisubversion legislation in place since 1957. On 26 August 1994 Ramos announced a new political coalition that would produce the most powerful political group in the Philippines. Ramos' Lakas-National Union of Christian Democrats (Lakas/NUCD) teamed with the Democratic Filipino Struggle (Laban ng Demokratikong Pilipino, Laban). Following the 1995 elections, the LDP controlled the Senate with 14 of the 24 members. The elections in 1998 changed the political landscape once more. In the Senate the newly created Laban Ng Masang Pilipino, led by presidential candidate, Joseph Estrada, captured 12 seats to the Lakas 5, PRP 2, LP 1, independents 3. The LAMP party also dominated the House of Representatives with 135 seats to the Lakas 37, LP 13, Aksyon Demokratiko 1, and 35 independents.

,,,,its such a nice topic,,,,in behalf of the POLITICAL SCIENCE MAJOR STUDENTS IN UNIVERSITY OF CEBU 1st years i am expressing my gratitude to the one who upload this article,,,,,it is so useful to use pol.sci major students,,,,,,it guides us in our daily studying also guides us in engaging some political acts,,,,,,which can lead philippines to its progress,,,,,,,once again thank you
2
charina

im chay, graduating 4th year of mindanao state university general santos city, a political science major student. please do continue to eductae students of any fields here by providing valid and factual information about our country, we are ought to share the ideas that deals with our own..tnx and more power!!!
3
salvador roma

i want to know the history, the founder of liberal party its original member through out philippines provinces
4
Carlito

We used to have two-party system with Nacionalista Party and Liberal Party. People easily understood what these two parties stood for; the principles and philosophies guiding them. Those were the good old days. The proliferation of too many political parties is very confusing. We have Bagong Lipunan that, Laban Lipuan this, Reform party there, etc, etc. The country's direction is so, so. Can we just bring back the two-party system? Maybe not./chicago
5
Unknown

nice!! thanks for the information!! I would appreciate it if you would just shorten it up!!
6
joford

Thanks for the info. This is going to help big time with my class assignment