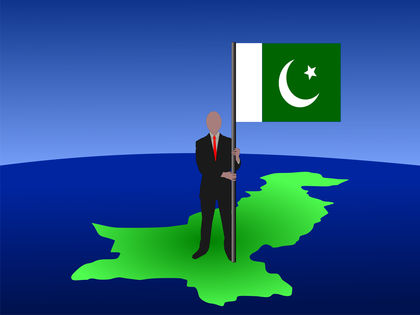 Situated in southern Asia, Pakistan has an area of 803,940 sq km (310,403 sq mi), extending 1,875 km (1,165 mi) NE – SW from the ranges of the Hindu Kush and the Himalaya to the Arabian Sea and 1,006 km (625 mi) SE – NW . Comparatively, the area occupied by Pakistan is slightly less than twice the size of the state of California. The enclave of Junagadh, claimed by Pakistan, and Jammu and Kashmir, divided between Pakistan and India by the 1971 "line of control," are not included in the area. Pakistan is bordered on the NE by China, on the E by Jammu and Kashmir to the Karakoram Pass, on the E and SE by India, on the S by the Arabian Sea, on the SW by Iran, and on the W and NW by Afghanistan. The total land boundary length is 6,774 km (4,209 mi). The coastline is 1,046 km (650 mi). Pakistan's capital city, Isl¯mābād, is located in the northern part of the country.

this answer was great for my project on pakistan.it was great for everyon who used it or who i told to use it.THANKS AND HAVE NICE DAY
2
tehreem shoaib

I want to extend your information which is related to the history of Pakistan.Pakistan came into being in 14 august1947.Pakistan,Bangladesh,India before 1947 are the one country.In 1857,british were come in subcontinent(pakistan,india,bangladesh was called subcontinent)and conquered subcontinent for 90 years.The seperation was occured between subcontinent due to the many problems like muslims and other tribes of indians and bangladesh were be ignored by british very much so they stand against the british government.Due to these they face many problems(you can search for more about them on other websites also).Bangladesh came into being in 1971 and india in 15 th august 1947.I want to just add general informations for others.
Thank You.
3
radhia

map of pakistan country is wrong. Kashmir should be with pakistan.
5
Curious Observer