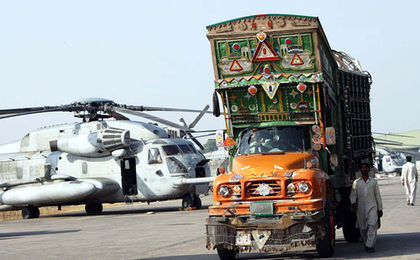 The 1973 nationalization program, which placed 10 basic industries wholly within the public sector, was reversed in 1991 with the enactment of an ambitious privatization program. In 1992, the government began auctioning off majority control in nearly all public sector industrial enterprises, including those manufacturing chemicals, fertilizers, engineering products, petroleum products, cement, automobiles, and other industrial products requiring a high level of capital investment, to private investors. In 1995, however, the speed of privatization began to slow as the sale of some large state-owned units were stalled and postponed. In 2002, the public industrial sector, under the Production Wing of the Ministry of Industries and Production consisted of eight public holding companies—Pakistan Steel, the State Cement Corporation (PACO), Federal Chemical and Ceramics Corporation (FCCC), State Petroleum Refining and Petrochemical Corporation (PERAC), State Engineering Corporation (SEC), the Pakistan Industrial Development Corporation (PIDC), the state fertilizer corporation and Pakistan Automobile Corporation. The majority of the 74 production enterprises controlled by these holding companies have been privatized, and most of those remaining are scheduled to be sold. The public sector continues to dominate in steel, heavy engineering, automobiles, petroleum and defense-related production.

Cotton textile production is the most important of Pakistan's industries, accounting for about 19% of large-scale industrial employment, and 60% of total exports in 2000/01. Pakistan has become self-sufficient in cotton fabrics and exports substantial quantities. Some long and extra-long staple cotton is imported to meet demand for finer cottons. About 80% of the textile industry is based on cotton, but factories also produce synthetic fabrics, worsted yarn and jute textiles. Jute textile output amounted to 70,100 tons in 1999/00. The textile industry as a whole employs about 38% of the industrial work force, accounts for 8.5% of GDP, 31% of total investment, and 27% of industrial value-added.

every one has his one views,some say pakistan is good,some says its OK,
But i think !

what ever you asy PAKISTAN is the BEST.
4
Kiidri

This article was very uselful and i agree. For other students like me, it helps alot. Ty
5
Tayyeba ahmad

I am student of Industrial Engineering and Management, this article boosts great length for my kind of technology, it gives me full insight about the condition and upright of the industrial sectors of this country. How the country has groomed into this arena and how has it affected the neighbouring states like China and Iran to invest in Pakistan.
7
anum shahzad

it,s really a very informative article.i think all the students must took advantage by read this article.This is really good.
8
A Rehman Syed

I think that this article is very usefull for every student that have a subject (economics. this article give me very fine marks in my a report. ok
10
reza

thankgod. this is one article thats helping me in my project.
13
M.Nadeem

It is very informative and also help students.It very rare and intersting information.Thank for this.
14
Saffa

THIS IS THE MOST INFORMATIVE AND MARVELOUS ARTICLE. I REALLY ENJOYED READING IT.KEEP IT UP!
15
kishwar

along with statistics in palistan.thank u 4 providing such nice opertunities.
16
Dr. Ejaz Ahmed

Nice article but regular revisions should be incorporated to provide as current information as possible. That will provide more opportunities for students to get benefit. Congratulations for spreading knowledge.
17
Sardar Alam Khan

Very good article with relevant facts and figures. We need to study a lot about Pakistan and conduct researches that may benefit our country in future.
18
Hamid ullah

Thank you very much for a very informative article. There is much data which is still missing, I am serving at a very senior position in the Government. Presently working on the Industrial colonization in the Province of Punjab.There is no mention of the Industrial Estates like Sundar Industrial Estate,PIEDMIC,FIDMIC(FAISALABAD).No mention has been made about the job creation as aresult of PRIVATIZATION as far I know majority of the buyers of these Enterprises were the conglomeration of the ambitioush hikers of the REAL ESTATE MARKETE who not only sold the precious machinary and equipment of these instrial units at a through away prices but they sold the land at an exorbitant prices to the housing contractors for making housing units thus depriving the nation from the legend industrial enterpereneures besisides the generation of un-employment at a large scale.
20
Rana Rashid Afzal BWP

It is a very good article which brings the lot of information about the industrial development in Pakistan and i am very thank ful for providing me this unique and precise information.

Much informative material,may help a lot of students. Only deficiency i believe is lack of relevent pictures/diagrams.

this article help me to understand the industrial background of PAKISTAN n it helps me in preparing my assignment on economy. thnx
24
farhan

i want to see determinant of industry growth in Pakistan.
25
waqar

A very informative and cohesive article indeed , can i get the name of authur and publiser to give reference in my research paper
26
madiha

informative article but most recent data should be incorporated. author and publisher data is needed for referential purposes
27
madiha

informative article but most recent data should be incorporated. author and publisher data is needed for referential purposes
28
urfa

A very informative and article. i've visited it quite late cx its 2011.. but it has helped me for my assignment . thnx
29
arooba

very nice and helpful article for students. i appreciate the one who published this article..
30
maimoona

good information. but i want to know the total consumption of fertilizer in pakistan
31
Asif

Thank you so much who ever made this organization a possibilty!I am very gtateful!
34
tayyab jawad

This article is full of genuine information but it is much necessary to be updated on yearly basis to redeem latest information.over all excellent
36
Faiza