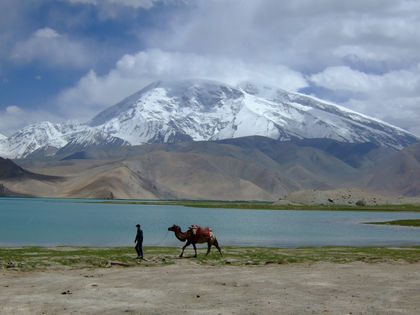 Pakistan's climate is dry and hot near the coast, becoming progressively cooler toward the northeastern uplands. The winter season is generally cold and dry. The hot season begins in March, and by the end of June the temperature may reach 49° C (120° F ). Between June and September, the monsoon provides an average rainfall of about 38 cm (15 in) in the river basins and up to about 150 cm (60 in) in the northern areas. Rainfall can vary radically from year to year, and successive patterns of flooding and drought are not uncommon.

WOW IT IS SO COOL. IT HELP ME ON MY PROJECT ON PAKISTAN. IT GIVE YOU ANY THING YOU NEED. I LOVE IT
3
eulices

this is a cool website. im going to send this to my friends that need help on their project. thanks who ever invented this website. :)
4
Beast

This Helped Me:) this website is really helpful thank u :D
5
Bloom

i love it because i didn't have to read 17 pages just get a number
:)
7
rosielips

This helped me on my world cultures project and i am rating it the number 1 source for me everytime. Thanks , jeff ^.^
9
KillaKlown

This website helped a lot, I had to do a project for my teacher.8)
10
libbi

thanks for the help now teacher will be happy and stop bugging me :)
12
hanna5122

this really actually helped me also on my project. thanks man!
14
tjgouhar

its really helpful and amazing.thanks a bunch.it helped me in completing my project and i got an a star that s superb right
15
zaiyan

THANK U SO MUCH THIS SITE HELPED ME A LOT WITH MY PROJECT!
16
Leksa252

Thank you very much this site very helped me on my Country Project :D
17
ahmed

Thank you very much this site very helped me on my Country Project :D
18
Courtz

This site is amazing!!! It helped me so much. I had an assignment due, and this was the icing on the cake to finish it off. Thank you.
19
JONATHAN FLORES

This site is amazing!!! It helped me so much.to climate of Pakistan i expect to in Lahore In November 2015 and to learn more on traction motor repair at railway workshop at Lahore. Pakistan had an assignment due, and this was the icing on the cake to finish it off. Thank you.