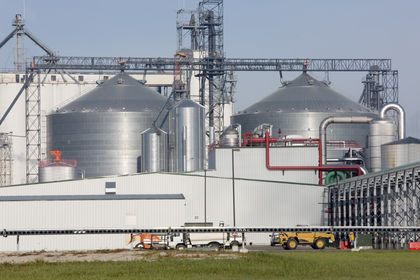 Early industrialization efforts centered on the establishment of import-substitution industries (ISI) and resulted in construction of sugar refineries and motor vehicle assembly plants. Industrialization accelerated after the mid-1960s under the provisions of the Investment Incentives Act and the formation of the Malaysian Industrial Development Authority (MIDA). Special incentives were offered for industries that were labor intensive or export oriented or that utilized domestic rubber, wood, and other raw materials. In the mid-1980s the Malaysian economy changed from a commodity-based to a manufacturingbased economy. In 1986, the leading manufacturing industries included rubber processing, the manufacture of tires and other rubber products, palm oil processing, tin smelting, and the manufacture of chemicals, plywood, furniture, and steel. Other industries were textiles, food processing, and the manufacture of electronic and electrical components. Industrial products in 1985 included 3,128,000 tons of cement, 13,839 tons of cigarettes, 70,147 passenger cars, 568,387 television sets, 3,600,000 tires, and 180,746 m of cotton fabric. Most early industries were controlled by ethnic Chinese and foreigners, but current policies call for greater participation by ethnic Malays.

In 2001 the manufacturing sector accounted for 40% of GDP, up from 33% in 1996, and for almost 90% of exports. Of total exports in October 2002, electronics and electrical products accounted for 52%; chemicals and chemical products, 5%; liquefied natural gas (LNG) 3.65%; wood products, 3%; machinery, 2.9%; optical and scientific equipment, 2.6%; textiles and clothing, 2.4%; and refined petroleum, 2.3%. In 2001, Malaysia produced about 15% of the world's DVD players, behind China's 54.1% and Japan's 7.7%. In peninsular Malaysia, the leading industries by value of annual output are rubber and oil palm processing and manufacturing, light manufacturing industries, electronics, tin mining and smelting, and logging and processing timber. In Sabah, the leading industries are logging and petroleum production, while in Sarawak, they are agricultural processing, petroleum production and refining, and logging.

Malaysia has six oil refineries, with a total capacity of 514,500 barrels per day. Oil production 1996 to 2002 varied between 650,000 bpd and 730,000 bpd, with the 2001 daily average at 659,205 barrels. Proven reserves have dropped from 4.3 billion in 1996 to 3 billion in 2002, and Malaysia's national oil and gas company, PETRONAS, has invested in oil exploration projects in Syria, Turkmenistan, Iran, Pakistan, China, Vietnam, Burma, Algeria, Libya, Tunisia, the Sudan and Angola. Overseas operations made up one-third of PETRONAS' operations in 2002. Japan, Thailand, South Korea and Singapore continue to be the major customers for Malaysian crude oil. Malaysia's domestic oil fields are split between the South China Sea off Borneo and those off Peninsular Malaysia. All exploration is conducted under production-sharing contracts (PSCs) between PETRONAS, the national oil company, and foreign companies. In 1999, foreign oil companies involved in the production of oil and gas in Malaysia included Exxon, Shell, Sonoco, Statoil, Union Carbide, Amerada, and Lundin. Gas reserves are being developed to fuel power stations and to supply industries in Peninsular Malaysia and Singapore. In 2000, Malaysia accounted for 15% of the world's exports of LNG, down from 18% in 1998.

A top industrial priority in Malaysia economic plans is the development of the "multimedia super corridor" (MSC), an ambitious project underway to transform a 15-by-40 km (9.3-by-25 mi) area south of Kuala Lumpur into Asia's version of California's Silicon Valley. It is composed of a number of projects: the tallest building in the world, the 450-m (1,483-ft) Petronas Twin Towers; two of the world's first Smart Cities—Putrajaya, the $8 billion new seat of government and administrative capital of Malaysia, where the concept of electronic government will be implemented, and Cyberjaya, an intelligent city with multimedia industries, research and development centers, a multimedia university and operational headquarters for MNCs; the construction of a $3.6 billion international airport; and the installation of a fiber-optic telecommunications system linking them all.

i am interested investment in malaysia. plz u guade me about in business
2
1212131

hi i like to find out a bout exporting goods from malaysia to afghanistan if someone could help me plz
5
?

Hi I would like to request the latest about Malaysia industry by each manufacturing sector, thanks.