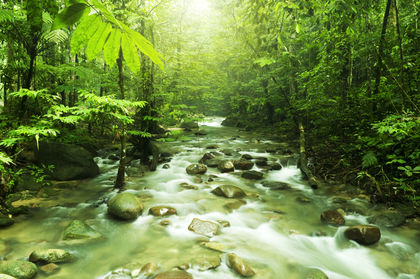 On Sabah and Sarawak, lowland forests contain some 400 species of tall dipterocarps (hardwoods) and semihardwoods; fig trees abound, attracting small mammals and birds; and groves are formed by the extensive aerial roots of warangen (a sacred tree to indigenous peoples). As altitude increases, herbaceous plants— buttercups, violets, and valerian—become more numerous, until moss-covered evergreen forests are reached from 1,520 to 1,830 m (5,000–6,000 ft). Butterflies, brilliantly colored birds of paradise, and a great wealth of other insect and bird species inhabit the two states.

Could u tell absolutely about flora and fauna in Malaysia ??? thanks very much ..:)