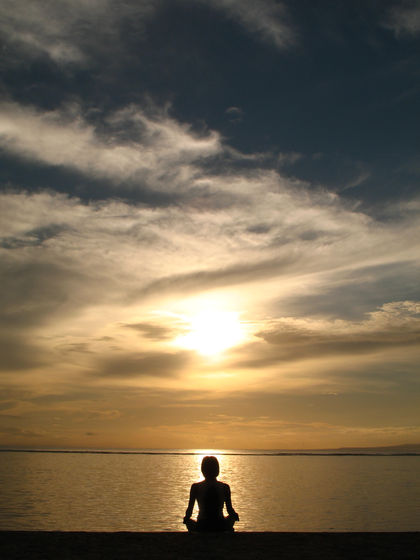 Straddling the equator, Indonesia has a tropical climate characterized by heavy rainfall, high humidity, high temperature, and low winds. The wet season is from November to March, the dry season from April to October. Rainfall in lowland areas averages 180–320 cm (70–125 in) annually, increasing with elevation to an average of 610 cm (240 in) in some mountain areas. In the lowlands of Sumatra and Kalimantan, the rainfall range is 305–370 cm (120–145 in); the amount diminishes southward, closer to the northwest Australian desert. Average humidity is 82%.

This is um.. good information because i needed this info for my assignment he he
2
Riley

Good info, but could you explain more about the areas where rainfall mostly targets?
I wouldalso like it if you mentioned something a child could read, to make it easier, because i have an assigment on this and its sort of annoying to understand.
3
chapin

This is pretty good info.
because it really helprd me on my
Science Project.
:)Thanx:)
4
Shay

this is good i could use this for my project thats "DUE TOMORROW"!!!!
5
Anngelica

I think this is very good. It helped me understand about the average temperatures in Indonesia. Thank you.
6
alexandra

GREAT information this has helped alot and i love it.
great job keep going..xx
7
carter

thanxx soooo much this really helped me 4 my social studies project... i gotta rite like 20 paragraphs on indonesia...
woohoo...
won't this be fun
9
???

this is gud info. R people from HPSC. Because I'm doin a similar project too. if not than datz ok i was just curious
11
Tori

Well i thought that it was good for my soceity and enterprise booklet but i agree that you need to add more information about where rainfall actually falls the most but overall it was pretty usefull!:)
12
NocturnalFeline

Yea. This is very good information. It helped me in the History homework. Thanks a lot~ :3
13
Andy Do

I really needed this information 4 my social studies end of the year project.
15
haley

this will help me with my math and social studies powerpoint project!!thnx a lot:)
16
Sarah

This was GREAT information, but it would also be helpful if you mentioned how the climate affects the country
17
Savannah

fast and easy to read was what i need! thanks a million !
18
steph

this is very good information for my science project helped me to find a lot of information about indonesian climate
Thanx!!
19
Morrigan

Doesn't help me much. I need more info about the climate.
20
bailey

pretty good but needs some more explaing for secondary students to b able to understand it. lol
22
zoeyzz

Hi I'm doing a project now and I need help please help what is the natural resources in indonisa
25
Demeka P.

This helps assignment due tomorrow for
social studies and i need some sources Thanks =)
I hope i Do Awesome!!~

P.s My teacher is picky and he is very weird to understand
so i'm going t create something weird like always that i don't even understand
and he will get it perfectly o.O
26
Molly

This information is good, but I need to know more about the climate.
27
sydney

thankyou this helped me alot with a school project!
28
Caylen

Thanks so much this helped me alot with my work that due tommorrow!
THANKS SO MUCH1
29
Caylen

SO GOOD TO HAVE A HELPFULL RESOURCE THANKS! AND TO LET YOU KNOW YOUR WEBSITE ROCKS!
30
caylen

THANKS SO MUCH THIS WILL HELP ME WITH MY PROJECT TOMMOROW!!
31
:)

Thanks so much u helped me with my project!!! :)
This is the best resource I've used so far!!
32
James

Thank you so much I'm from the Philippines and I am currently making my Marketing Plan for my project in school.. It really helps a lot.. hope to get there in Indonesia
33
Stormie

wow this was good info i really needed this because my project is due in a day.
34
tuyr

hi and thankyou for the info. it helped me in my sst project in which i had to make a weather report on Indonesia thanks again and keep up the good work
35
Emily

Can u please tell me the average yearly snowfall in Indonesia.
37
Alayna Dawn Schooley

Thanks so much for this. It really helped. All the other sites I went to only showed averages for different cities in Indonesia so this was really useful for my project
38
joel etwaroo

You need to tell more about it not just one paragraph but it did help me with my project with school thanks.
40
He who must not be named

great info for s.s. report would help if you could tell me the annual temp. for the rainy and dry seasons
41
Jake

Thank you
This information really helped me out with my geography project.
keep up the good work!!!
42
blah blah blah

thank you so much. this helped me a lot with my project. i'm gonna be gone for a week in another state over thanksgiving break. so without this website i would be so behind! thanks so much!
43
Steve

It is possible for you to talk more about the temperature of Indonesia?
44
Blerta Rexhepi

Can you talk about the average all around Indonesia, that would really help