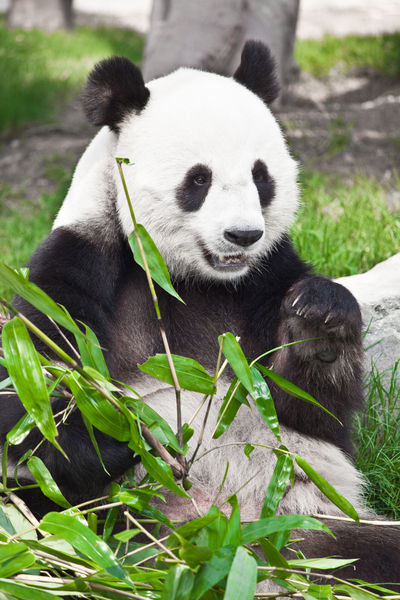 Much of China's natural vegetation has been replaced or altered by thousands of years of human settlement, but isolated areas still support one of the world's richest and most varied collections of plants and animals. Nearly every major plant found in the tropical and temperate zones of the northern hemisphere can be found there. In all, more than 7,000 species of woody plants have been recorded, of which there are 2,800 timber trees and over 300 species of gymnosperms. The rare gingko tree, cathaya tree, and metasequoia, long extinct elsewhere, can still be found growing in China. Among flowering plants, 650 of the 800 known varieties of azalea occur in China, while 390 of the 450 known varieties of primrose and about 230 of the 400 known varieties of gentian are also found there. The tree peony, which originated in Shandong Province, appears in 400 varieties.

The richest and most extensive needle-leaf forests occur in the Greater Hinggan ling (Khingan) Mountains of the northeast, where stands of larch, Asian white birch, and Scotch pine flourish, and in the Lesser Hinggan ling (Khingan) Mountains, with stands of Korean pine and Dahurian larch. In the Sichuan (Szechuan) Basin, vegetation changes with altitude to embrace a variety of conifers at high levels, deciduous trees and cypresses at middle elevations, and bamboo in lower elevations. Farther south, in subtropical Fujian and Zhejiang provinces, broadleaf evergreen forests predominate. Forests give way to natural grasslands and scrub in drier western and northwestern areas, especially in the semiarid regions of Shanxi and Shaanxi, in the steppes of Inner Mongolia, and along the desert margins of the Tarim and Junggar basins.

China's most celebrated wild animal is the giant panda, a rare mammal now found in the wild only in remote areas of Sichuan, Gansu, and Shanxi provinces; as of 1994, just over 500 wild pandas were still in their natural state. Other fauna unique to China include the golden-haired monkey, found in remote parts of Shaanxi, Gansu, Sichuan, Guizhou, and Yunnan; the northeast China tiger, found in the Lesser Hinggan ling and Changbai mountains along the Korean border; the Chinese river dolphin and Chinese alligator, both found along the middle and lower Yangtze River; the rare David's deer and the white-lipped deer, the latter found mainly in Qinghai Province and Tibet; a rare kind of white bear found in Hubei Province; and the lancelet, an ancient species of fish representing a transitional stage between invertebrate and vertebrate development, now found only in Fujian Province. In addition, more than 1,000 species of birds have been recorded. Among the rarer kinds are the mandarin duck, the white-crowned long-tailed pheasant, golden pheasant, Derby's parakeet, yellow-backed sunbird, red-billed leiothrix, and red-crowned crane.

This is a really good site its got heaps of good info. Keep up the good work. Every time I need info on this I will come here again.
4
secret

This site is awsome it realy helped me o complete a project i was givin!! Keep up the good work!!!
5
Me of course

This website was excellent, it really helped me get my assignment done! Thank you so much!
8
booky (not my rl name)

good, but i wish it went into more detail about the animals. keep up the good work!! =)
9
saoirse

This was very helpful and, like everyone else, I am doing a project on china! lol! Anyway, thanks =)
10
Bella

This site is really good cause it's got heaps of really good info! Which is great because I'm doing a project on China. :)
11
Molly

This is Really Helpfull As I Am Doing a Sheet On China.
12
melissa

yeah so what was the fauna and flora anyway can anyone tell me please tell me because i'm doing a project on china and I need the flora and fauna.
14
Ryan

great information for my project.I am doing a project on china and i need info. on flora and fauna! Thanks for the assist.
15
Lucy

This helped me with my 18-slide PowerPoint's Flora & Fauna part!
Thank You! Gracias!
17
tanya

Thanks this was really cool and informing, it helped me with a BIG project due next WEEK
19
qa

Hi This is a very good site. Lots of good info about many countries.