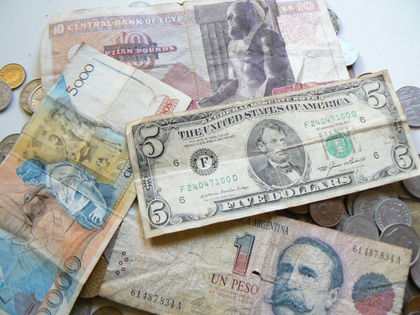 Many industrial products imported prior to 1960 are now produced in Argentina. Argentina removed virtually all non-tariff barriers to trade in 1991 and reduced tariff rates. The only non-tariff barrier is the tariff/quota system applicable to auto and auto parts imports. The Argentina/Brazil auto agreement establishes preferential market access treatment for both countries.

A surge in imports during 1991/92 shifted the trade balance from a large surplus to a deficit position. The strong increase in imports is explained by several factors: first, the dynamic growth of the domestic economy which resulted in greater import demand; second, the reduction of import tariffs and elimination of non-tariff barriers which released pent-up demand for imports; and third, the real appreciation of the peso which made imports much less expensive since the local currency cost of these goods rose by much less than the accumulated inflation since the beginning of the Convertibility Plan. Because exports contributed only 10% to GDP, increased foreign sales had little impact on aggregate growth, skewing the balance of payments report.

The creation of NAFTA was viewed as an extremely positive development and presented Argentina with the possibility of acceding to NAFTA as either a member of MERCOSUR or alone. The government remained fully committed to seeing the creation of MERCOSUR (a common market incorporating Argentina, Brazil, Uruguay, and Paraguay) through its completion (on 1 January 1995). Argentina's exports and imports more than doubled at comparable rates in six years, between 1992 and 1998; but the devaluation of the Brazilian real in 1999 was expected to significantly lower export revenues.

For the last few years of the 1990s, Argentina experienced a significant recession. In late 2001, Argentina's economic meltdown came to a breaking point, and the country was forced to default on its $155 billion foreign debt, the largest such default in history. The resulting devaluation of the peso and the move from a fixed to floating exchange rate regime has proved disastrous for Argentina's trade situation. The peso, which was pegged to the dollar for most of the last decade, has fallen to trading less than two to the dollar, encouraging exports but making imports prohibitively expensive.

Agricultural products from Argentina, including animal feed, vegetable oil, oil seeds, wheat, maize, and produce, make up the majority of the country's commodity export market (31%). Other important exports are petroleum, and motor vehicles and parts. The top 10 exports for 2000 are as follows:

In 2000 Argentina's imports were distributed among the following categories:

This is a nice article. It gave me lots of information to answer one of the questions in an essay I was writing about Argentina's trading and government
2
arun

This article easily understand, it gave lots of information, i knew about the foreign trade,
3
wendy

this gives me lots of information
on quotas and trade barriers