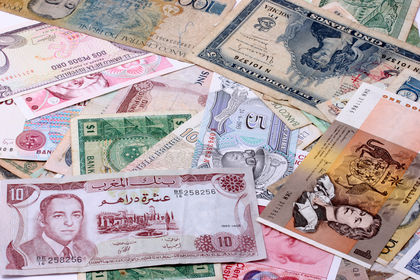 The major resources of the Moroccan economy are agriculture, phosphates, and tourism. Sales of fish and seafood are important as well. Industry and mining contribute about one-third of the annual GDP. Morocco is the world's third-largest producer of phosphates (after the United States and China), and the price fluctuations of phosphates on the international market greatly influence Morocco's economy. Tourism and workers' remittances have played a critical role since independence. The production of textiles and clothing is part of a growing manufacturing sector that accounted for approximately 34% of total exports in 2002, employing 40% of the industrial workforce. The government wishes to increase textile and clothing exports from $1.27 billion in 2001 to $3.29 billion in 2010.

The high cost of imports, especially of petroleum imports, is a major problem. Another chronic problem is unreliable rainfall, which produces drought or sudden floods; in 1995, the country's worst drought in 30 years forced Morocco to import grain and adversely affected the economy. Another drought occurred in 1997, and one in 1999–2000. Reduced incomes due to drought caused GDP to fall by 7.6% in 1995, by 2.3% in 1997, and by1.5% in 1999. During the years between drought, good rains brought bumper crops to market. Good rainfall in 2001 led to a 5% GDP growth rate. Morocco suffers both from unemployment (23% in 1999), and a large external debt estimated at around $20 billion, or half of GDP in 2002.

Morocco and the United States in 2003 were negotiating a free trade pact for implementation in 2013, and a free trade agreement was in place with the EU as of 2000. The country is pursuing privatization of state-owned enterprises, including in the energy, water, and telecommunications sectors. The state-owned tobacco and airline companies were due to be privatized in 2003, with the telecommunications sector due to be fully privatized by 2004.

it was a well written article and provided me with lots of information about Morrocco! good job whoever wrote this!
3
NouhittÃ

Certainly , a brillant article !!! & I likz it very much !! thanx
4
ABDERRAHIM

hi every body ...this is an imporatnat essay ..but i hope that i could find more about the impact of tourism in the morocco s economy...can you help ! i need it for my PFE
thx
5
soukaina

i think it's a good article with a lot of information about morocco especially economy of morocco, i just want to add or to mention a small mistake which is the amount of debt in 2000, i think it's not true this debt is very old when we were colonized by spain and it imposed us to pay for it this amount of debt.