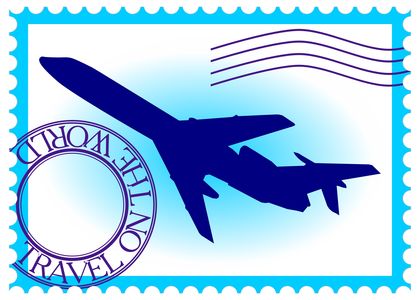 It is estimated that more than half of Ethiopia's produce is transported by pack animals, reflecting the inadequacy of the country's road network and the rugged terrain. About 75% of Ethiopian farms are more than a one-day walk to the nearest road. The road system in 2002 comprised an estimated 24,145 km (15,00 3 mi), of which 3,290 km (2,040 mi) was paved. The number of passenger cars in use in 2000 was 36,700, and the number of commercial vehicles 87,700. As of 2000, there was only one vehicle registered for every 1,795.4 inhabitants, fewer vehicles per capita than any other African nation. Bus services link provincial centers to the capital.

Railways consist of a line from Djibouti to Addis Ababa that is 880 km (547 mi) long, of which 681 km (423 mi) are in Ethiopia, and is owned jointly by Djibouti and Ethiopia. Ethiopia's merchant fleet of 9 ships had a gross weight of 81,933 tons as of 2002. Neighboring Djibouti also serves as a depot for Ethiopian trade. Only one river, the Baro, is used for transport.

There were 86 airports in 2001, only 14 of which had paved runways. The Addis Ababa airport handles international jet transportation. Before the civil war, the national carrier, Ethiopian Airlines, flew to numerous African, Asian, and European cities, and had sole rights on domestic air traffic. In 2001, 1,027,500 passengers were carried on domestic and international flights.

This article is very helpful and educational. It helped me with a report for my school. Thank you whoever wrote this!! ^_^
2
Anonyms

Thanks this report was quite useful to me, It totally helped me with my report for school :)
3
yoyo

Very helpful, thanks a-lot, helped me a-lot in my assessment!
5
jduridnb

thanks-a-bunch we had to do this brochure for school and we needed to take notes on every section. so this helped me a lot
8
Rose

this was SO helpful! thank you! i have to do a multiple topic report and this being part of it this was straight to the point and i loved it thank you again!
~*Rose*~
9
lisa

Didn't realize how many people wrote essays on Ethiopia.. I to am writing and essay on Ethiopia (the economics on it actually. -.-) Thank you this was very helpful!
11
Laura

I thought this was a bad site for Ethiopian's Everything, because it does not really talk about it so i got a D+ on my report for school and it wasn't good because on my Report Card I got an F! So boo this web sit it is sencerly crap fuck this website
12
dereje girma

Ethiopian transportation is growing well but in some area the roads are conseteracting poorly with out giving of attention for the durability of theroads and an other infra steractures.
14
Boi b

This site helped me get done 5 and a half pages of reasearch done in 2 days.So helpful. Laura is just a hater!
15
abraham defar