Though not as unified as in the Italian colonial rule, Eritrea existed as a political entity long before the modern scramble for Africa started in mid-19th century. Its strategic location on the Red Sea has made the history of this country one dominated by colonial rule. Turks, Egyptians, Italians, British, and Ethiopians have all colonized Eritrea over the years. During the modern European scramble for Africa, Eritrea fell under the colonial rule of Italy in 1890. Sustained resistance to Italian rule developed into a unified sense of Eritrean nationalism among the various ethnic groups in the country. For the first time, Eritrea was welded into a single political entity with unified political and social structures, which cut across the traditional divisions. It broadly followed the pattern of political development experienced in all other European colonies in Africa and which, in the vast majority of cases, formed the basis for eventual independence. Between 1936 and 1941 Eritrea, along with Italian Somaliland as part of the Italian East African Empire, was ruled together with Ethiopia for the first time. In 1941, after the Italians were defeated, Eritrea and Somaliland were placed under the British Military Administration while Ethiopia regained its independence under Emperor Haile Selassie. As a loser in the World War II, Italy relinquished its legal right to its colonies in a 1947 treaty. A Four Power Commission of Britain, France, the Soviet Union and the United States was set up to decide on how to dispose of the former Italian colonies through negotiations. The agreement was to submit the matter to the UN General Assembly if negotiations were unsuccessful. Evidently, they could not agree on Eritrea's future. Britain proposed partition of Eritrea, with the western parts to go to the Sudan and the highlands and coastal strip to go to Ethiopia while the United States suggested complete union with Ethiopia. France proposed Trust Territory with Italian administration while the Soviet Union argued for Trust Territory under international administration. The problem was referred to the UN who set up a Commission of five countries (Burma, Guatemala, Norway, Pakistan, and South Africa) to study and propose a solution. The idea of partition was rejected outright. Guatemala and Pakistan proposed the standard formula of the UN Trusteeship leading to independence, but others favored close association with Ethiopia. For example, Norway wanted full union while Burma and South Africa favored federation with some autonomy. Meanwhile, Ethiopian emperor Haile Selassie was working hard on the diplomatic front to acquire Eritrea. The United States backed Eritrea's federation with Ethiopia and UN Resolution 390A was passed to that effect. This decision was made without giving due attention to the overwhelming presence of groups who were mobilizing the population for independence. From September 1951 Eritrea became an autonomous territory federated with Ethiopia. Obviously, US strategic interests in the Red Sea and its close ties with the emperor did play major role in influencing the final decision. The United States put enormous pressure to have 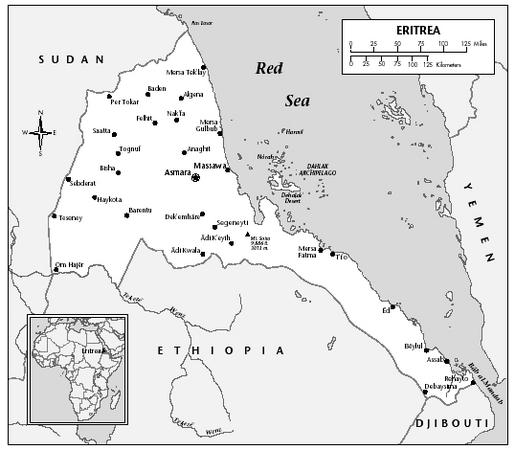 Ethiopia administer Eritrea, under "the Sovereignty of the Ethiopian Crown."

The federation, which lasted from September 1951 to 1962 did not succeed to bring harmonious integration of the entities as Ethiopia soon started to impose more direct rule at its will. The UN ignored Eritrea's protests against Ethiopia's intervention in the autonomous rule, and Ethiopia formally annexed Eritrea in 1962.

A year earlier, in September 1961, the Eritrean Liberation Front (ELF) launched the armed struggle for independence. By 1970, when the Eritrean People's Liberation Front (EPLF) was created from within the Eritrean Liberation Front (ELF), Eritrea had become the emperor's main preoccupation. EPLF is the organization that led Eritrea to independence in 1991. After the emperor was overthrown in 1974, the self-styled Marxist military dictatorship, called Dergue, stepped up its campaign against Eritreans. With the help of Soviet Union, Korea, Cuba and other countries in the Eastern Block, the Dergue sustained a very bitter war over Eritrea between 1978 and 1991. The war left Eritrea in complete ruins. In terms of infrastructure, all basic services were virtually disrupted. Most towns were without services such as electricity, water, and transportation for much of the war years. Industrial sectors were wiped out and the ports were destroyed. Ethiopian forces bombed Massawa extensively during the last days of the war, killing many civilians, destroying most of the buildings and depopulating the area. Towards the end of the war, Ethiopia had 500,000 troops under arms, half of them in Eritrea. At no time did the Eritrean forces number more than 100,000. It is estimated that the Dergue had spent $12 billion in military supplies for its war against Eritrea. In the 30 years of war, Eritrea lost more than 60,000 fighters and about 40,000 civilians. Hundreds of thousands were also forced into exile.

In May 1991, the EPLF captured the last Ethiopian outposts in Eritrea. Asmara, Eritrea's capital, was occupied on May 24 1991. President Mengistu Haile Mariam fled Addis Ababa and the Tigrean People's Liberation Front (TPLF), which had also been fighting against the Dergue since 1975 took over the Ethiopian government. The EPLF created a provisional government for Eritrea, until a referendum was carried out to determine the choice of the Eritrean people. It was scheduled to take place in two years time. Although Eritrea had been absorbed into the Ethiopian State in 1962, Eritreans—unlike many Ethiopians—did not regard their struggle as one of secession. They never recognized Ethiopian legitimacy over their territory; rather, they viewed their struggle as anti-colonial, seeking to gain the independence they were denied by the UN in 1952. The referendum on 23-25 April 1993 proved that this was indeed the case. The great majority—98.5% of the 1,173,000 registered voters—voted for independence. The UN certified the results and on 24 May 1993, Eritrea became Africa's 52nd independent state, and four days later it was admitted to the UN and the OAU.

The colonial boundary between Eritrea and Ethiopia, defined in a treaty between Italy and Ethiopia in July 1900, became the international boundary between the two sovereign states without modification, leaving Ethiopia a landlocked state once more. The decision was consistent with the cardinal article of an OAU charter adopted in 1963, stipulating that colonial boundaries were to be respected, and until May 1998, relations between the two countries were good. The Eritrean ports of Assab and Masawa remained open for Ethiopia free of charges.

In May 1998, disagreement over the sovereignty of border villages erupted into all-out war. Between 2 and 6 May 1998, Eritrean soldiers invaded and occupied Badme, in northeastern Ethiopia. Other areas were subsequently occupied in Tigray State. Ethiopia later recaptured Badme, but fighting continued for two and a half years, interspersed with periods of inactivity. A US- and Rwanda-sponsored peace plan proposed in early June 1998 failed; so did arbitration efforts by the then OAU with each side claiming to accept an OAU framework agreement while accusing the other of making impossible preconditions to its implementation.

The war, which President Isaias says claimed 19,000 Eritrean lives, ended officially with a peace treaty on 12 December 2000. However, some 4,200 UN soldiers remained on the border to monitor the buffer zone that separates the two countries while experts from the Eritrea Ethiopia Boundary Commission (EEBC) physically demarcated the internationally recognized boundary established in April 2002. Fall-out from the war added to famine caused by drought had resulted in malnutrition rates of between 15% and 20% of the under-five population by July 2003, and necessitated calls for international intervention.

how was the unification of Eretria and Ethiopia before 1991