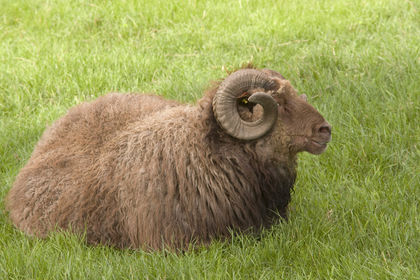 Agriculture in Norway accounts for about 2 percent of annual GDP, and only 3 percent of the land is cultivated—which seems natural, given the cold climate, thin soils, and mountainous terrain. Grains are grown only in the south while western Norway has some livestock raising and dairy farming. The leading crops in 1998 were cereals—particularly barley, wheat, and oats (total output of 1.3 million metric tons)—and potatoes (400,320 tons). In 1998, there were 2.5 million sheep, 998,400 cattle, and 768,400 hogs in the country. Norway is still a major fishing nation and is self-sufficient in many agricultural products, but fruits, vegetables, and most grains are all imported. Agriculture and fishing remain heavily protected by the Norwegian government.

we the farmer community also the part of economy.but due to some circumstance by their own country
3
mohammed Ahmed Yau

Developed countries such as Norway need to extend hands of brotherly support to African countries devastated in one way or the other through ethnic or insurgency attack of various degrees.support in the field of agricultural modern technology especially in research and devt.
4
Sweet Cheecks

Norway is a pretty country with all sorts of things.I would prefer for the person who did this to add a little more information. I still like your research. Keep up the good work and try to add a little more please. I'm sure that Norway has more than that to it for agriculture
5
tayyba jabeen

this site is super helpful, but i agree that it should have a bit more info in this article.
7
Ibrar dar

I love to study agriculture in Norway.how do I begin this?
10
Mohammad mehadi hasan khan

I am a skilled farmer. I have good knowledge of farming and goat rearing. I need a job