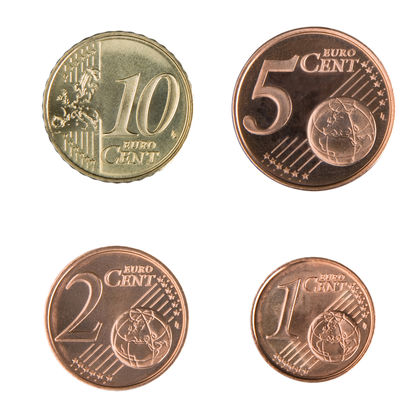 currency (U.S. dollars), and imported goods were expensive. On the other hand, a weak currency contributed to making high-quality Italian exports very appealing due to their relatively low prices, and the foreign markets were duly conquered. Moreover, high production costs were offset by relatively cheap labor.

Italy's participation in the European Economic Community (EEC) failed to stem the currency's volatility, and the lira was twice forced to withdraw from the fixed exchange rates that had been established among the member states. Following the last withdrawal in 1992, the government devalued the currency in order to boost exports at the height of the economic recession when the lira was under tremendous speculative pressure. The calculated gamble of devaluation paid off, particularly as regards exports to the United States, where U.S. consumers were ready to enjoy their country's economic boom.

Since the launch of the euro, the lira has found a previously unknown stability. The exchange rate is fixed, and in January 2002, the lira will be replaced by the euro, which will become the currency that competes against the U.S. dollar, and other currencies in the global market. Public opinion in Italy, unlike that of certain other countries such as the United Kingdom, welcomes the introduction of the new currency and does not seem to mind abandoning the traditional lira.

The Italian Stock Exchange (ISE), located in Milan, was founded in 1808, but until the mid-1980s it played a comparatively insignificant role in the national economy. Many businesses were suspicious of the stock exchange and chose to remain unlisted. However, since 1998, the ISE has grown into a dynamic force as a result of privatization, a new generation of progressive managers, and the requirements of the new economy. The public, too, is increasingly interested in stocks and shares and, as in the United States and elsewhere, a greater number of people are playing the market. Consequently, the ISE has expanded, and at the end of 1998 there were 223 listed companies. During 1997 and 1998, the volume of trading increased continuously, achieving and sustaining record levels. Privatization has certainly contributed to enhancing the qualitative level of listed companies and attracted a wider public. While Milan is by no means as important as London or Paris to European share dealing, it is becoming increasingly important to the Italian economy.