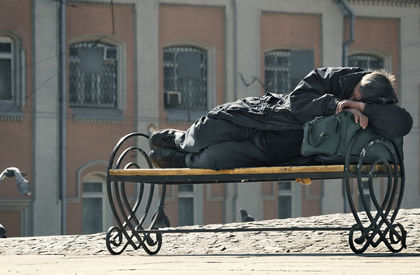 The Gini Index measures the level of income inequality in a country, with 100 equal to total inequality (basically one person receiving all the income), and 1 indicating total equality (everyone having exactly the same income).

Raija Julkunen, a lecturer on social policy at the University of Jyväskylä, describes the differing U.S. and Nordic attitudes towards the role of the state: "American culture conceives citizenship and welfare as diametrically opposed, as if state-ensured welfare did not go along with a free society. In the Nordic countries, on the other hand, the notion of a welfare state has a positive ring to it. Only social rights—guaranteed minimum income, employment, education, health care—make citizens free and equal." The Nordic approach has succeeded in that there is virtually no poverty in Denmark.

Denmark's extensive social welfare system has existed in its current form since the 1960s, but has roots in Danish culture back to the 1930s. Because of Danes' long-standing preoccupation with economic equality, there is less of a difference between Denmark's high-in-come and lowest-income citizens than in the United States or many other countries. People who work in restaurants or cleaning buildings have free access to the same quality of healthcare as those who are lawyers, professors, or accountants. They have paid holidays, maternity

All families with children under 18 receive, irrespective of income, family allowances consisting of a regular, tax-free amount per child, with a higher rate for children under 7 years of age. Bread-winners who are single parents or pensioners can receive additional allowances per child. Families with children are entitled to free home help if the person who has the responsibility for the home and the children cannot manage it on account of, for instance, illness or confinement. Among other things, families living in rented accommodation can, depending on family income and the size of the rent, receive a housing benefit (in December 1998, there were 169,000 recipients).

According to sociologists Jens Hoff and Jorgen Goul Andersen in their article "The Danish Class Structure" in Acta Sociologica (1989), the concept of class is difficult to compare between countries with this kind of social system and countries such as the UK, the United States, or in less-developed countries. Class in Denmark is tied less to things like income and healthcare, and more to location, profession, and the kind of work engaged in, i.e. the amount of control over one's own responsibilities. Much of the Danish labor force works without much individual control over workplace decisions, without supervising others, and without much autonomy. This might make them working class by some definitions. However, these workers' quality of life is still very high by most standards, underscoring the impression that in Denmark, there is a lack of status distinctions between those who have high-skill or low-skill jobs.

One facet of the Danish welfare model has been the belief that benefits should not be tied to the kind of job one has, or whether someone is working or not. This approach has proven problematic as the country continually struggles with its unemployment rate—especially among the young. Critics argue that there is not enough incentive for people to choose to be employed rather than collect unemployment money. However, proposals of dramatic reductions in benefits are political suicide, as Danes are wary of what they might see as the sacrifice of a commitment to equality.