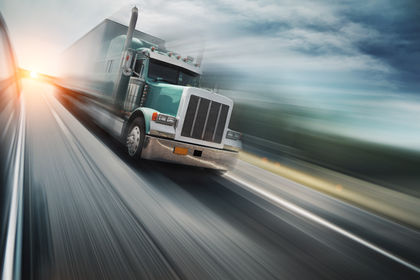 In general, the United States has an excellent infrastructure. Some areas of the country have aging or over-burdened roadways and utility systems, but the nationwide infrastructure is capable of supporting the needs of the economy. Roadways connect all 50 states and 90 percent of all major cities and towns are serviced by expressways. The sheer size of the United States necessitates a vast highway network so that goods can be transported throughout the country. The nation has 6,348,277 kilometers (3,944,819 miles) of roadways, including 3,732,757 kilometers (2,319,535 miles) of paved roads. Of this total, 1 percent or 74,071 kilometers (46,036 miles) are interstate highways and a total of 180,959 kilometers (112,467 miles) are part of the national highway system. These roads are needed to accommodate the country's 208 million vehicles, including 199 million private cars and trucks, 7 million commercial trucks, and 697,000 buses.

The country's railway system is privately owned and includes 240,000 kilometers (149,136 miles) of mainline rail. There are 116,000 people in the United States who are employed by railways. Amtrak, the national passenger carrier, is government-owned, but there is ongoing discussion in Congress over whether the system should be privatized . Amtrak has 38,616 kilometers (24,000 miles) of track and services 500 stations across the country. The importance of transportation to the American economy is exemplified by the fact that in 1996, $847 billion, or 11 percent of the nation's GDP, was spent on transportation.

Not counting the massive Great Lakes, there are 41,009 kilometers (25,483 miles) of navigable waterways in the United States. During the 19th century, a massive system of canals was constructed around the nation and many remain in use. The Mississippi River is one of the busiest waterways in the world and the main north-south shipping route. The United States is serviced by a number of ports. Among the busiest ports are Baltimore, Boston, Charleston, Chicago, Hampton Roads, Los Angeles, New Orleans, New York, Philadelphia, San Francisco, Savannah, Seattle, and Tampa. The nation's merchant marine has 386 ships with gross tonnages of more than 1,000 tons each. The total weight of the fleet is 11,634,608 gross tons. This does not include thousands of barges, tugboats, and smaller craft. In order to supply the nation's energy needs there is an extensive network of pipelines.

The United States also has an excellent telecommunications system. Telephone service is widespread and easily available. Many cities and states have large and state-of-the-art fiber-optic cable systems. There are also microwave radio relay stations and extensive coaxial cable networks. The nation has a well-developed and expanding cellular system which includes thousands of relay towers. There are an estimated 70 million mobile phones in use in the country. For international communications, there are 24 ocean cable systems to carry transoceanic communications. The telecommunications system is enhanced by a broad network of satellites. The United States has 70 satellite earth stations to relay transmissions. In 1999, there were 7,600 Internet service providers in the United States.

There are 14,572 airports in the United States, although only 5,174 have paved runways. There are also 118 heliports. Some 241,000 people were employed by the air transport companies as of early 2001, although after the terrorist attack on the World Trade Center in September of that year, the airlines began massive layoffs of employees. All American airlines are privately owned. The largest airlines in the country are American Airlines, United, Continental, Northwest, and Delta. The nation's busiest airports are Hartford International in Atlanta and O'Hare International in Chicago. The United States also has the world's largest space program. The National Aeronautics and Space Administration's (NASA) budget in 2000 was $13.7 billion. Of this total, $9.8 billion was spent on contractors. The largest payments were to Boeing, United Space Alliance, and Lockheed Martin. The space program is an example of government cooperation with private industry since NASA conducts many space launches for private companies (mainly satellite launches).

In 1998, the nation consumed 3.36 trillion kilowatt hours (kWh) of power. It imported 39.51 billion kWh (mainly from Canada) and exported 12.77 billion kWh. Domestic electricity production was 3.62 trillion kWh. The majority of electricity was produced by fossil fuels (70.34 percent). Atomic power supplied the second-largest share of electricity (18.61), followed by hydroelectric power (8.96 percent), and a variety of renewable energy sources including wind and solar power (2.09 percent).

The Infrastructure of the United States of America is dependent on our ownership of our Ports,Railroads,Road systems,communications network. Why is our electric grid being run by outsiders? I thought we thru them out when we won the war.We need a change here before our security is run by another big business. We are losing our common sense.