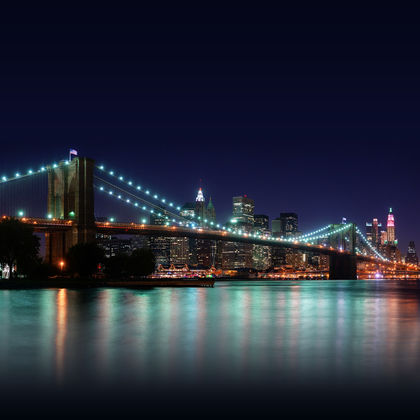 The highway network in Mexico is one of the most extensive in Latin America. Indeed, all areas of the country are linked by it. As of 1997, Mexico had 323,761 kilometers (201,185 miles) of highways of which 96,205 kilometers (59,792 miles) were paved. There were also 6,335 kilometers (3,937 miles) of expressways. The most traveled highways link 3 of Mexico's most populous cities (Mexico City, Guadalajara, and Monterrey) in the form of a triangle. Mexico's highway system is extensive, but poorly maintained because of lack of government funds. The government has responded to this problem by granting concessions to companies to build toll roads. However, construction cost overruns have led to high tolls and reduced traffic on these roads. In 1994, the Mexican government revoked a number of these concessions and offered financial assistance to some of the construction companies.

Mass transit within Mexico is modest, although the bus service between cities is extensive. Mexico City's

subway system opened in 1969. As of 1993, the system had 8 lines and 135 stations covering 98 miles. By the year 2010 the system will have expanded to 15 lines covering 196 miles. Guadalajara's subway system opened in the early 1990s. Despite the availability of mass transit, cars still crowd the roadways in urban areas like Mexico City. The country's infrastructure has not expanded along with the greater number of cars in its major cities. The end result is chronic traffic congestion and thick smog.

The railway system within Mexico is extensive, consisting of 30,952 kilometers (19,233 miles) of rail lines as of 1998. The Mexican National Railways (Ferrocarriles Nacionales Mexicanos—FNM) was a state-owned company that carried 80 percent of the rail traffic and operated on 70 percent of the tracks. Many Mexican companies did not use the railway system to transport cargo because they considered it inefficient and outdated. In 1997, the government began to privatize the FNM, a process which was completed by the end of 1999. Because the process of privatization was only recently completed, it will take time to determine whether it has addressed the ills that had beset Mexico's railway system.

As of 1999, Mexico was estimated to have 1,806 airports of which 233 had paved runways. Much like it has done with its railways, Mexico has recently gone through the process of privatizing its main airports. There are 35 airports in Mexico that carry 97 percent of the passenger traffic. The process of privatizing those airports was begun in 1998 and was completed by the end of 1999. The only exception to privatization is the Benito Juarez International Airport in Mexico City (Mexico's main airport) which remains under government control. Privatization has benefitted Mexico's airlines. Only 2 of Mexico's more than 70 domestic airlines are known internationally— Aeromexico and Mexicana—both of which were privatized in 1989. Since that time, Aeromexico has lost its reputation as "Aeromaybe" because of its unreliability and has developed a reputation for on-time performance. However, in 1995, confronted with the possibility of the financial collapse of these 2 airlines allegedly because of financial mismanagement, the 2 airlines were placed in a holding company (Cintra). Cintra will soon be broken up and its 2 airlines sold to foster competition in the industry. American airline companies are poised to become investors in the new Mexican airlines. Finally, it should be noted that Mexico has privatized not only its airports and airlines, but its seaports as well.

Presently, the telecommunications industry in Mexico is dominated by 1 company—Telmex (Mexican Telephone or Telefonos de Mexico). Telmex was privatized in 1990 and by 1999 had increased the number of telephone lines in Mexico by 104 percent. Despite the increase in available lines, there has been little improvement in the services rendered by Telmex. Relative to other large Latin American economies, Mexico continues to have one of the lowest numbers of telephones per capita. Improvements to the telecommunications within the country may come as Telmex adjusts to new rules by Cofetel (Comisión Federal de Telecomunicaciones), the telecommunications industry regulator, and competition from other telephone companies and cellular telephone companies. In 1999, there were 6.94 million cellular telephone subscribers in Mexico.