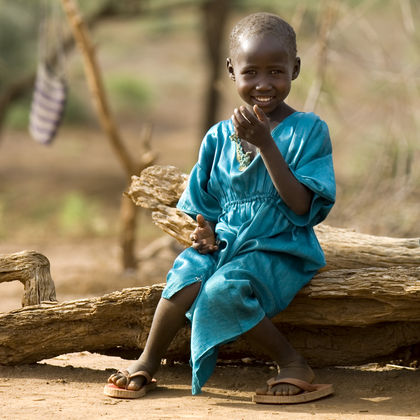 Despite Nigeria's enormous resources and potential, poverty is widespread throughout the nation. Its basic indicators place it among the 20 poorest countries of the

For many Nigerians the quality of life has declined rather than improved since independence 40 years ago. By contrast, the standard of living for a few privileged Nigerians—military officers and their civilian associates, corrupt politicians, and big contractors—has improved substantially. The average salaried worker cannot earn enough to support a family because of inflation and rises in food prices and transportation costs. The national minimum wage of N5,500 (about US$55.00) per month, adopted by the federal government but rejected by most of the states, falls far short of what is needed to cover housing, food, education, health care and transportation. The material condition of women, who comprise 50 percent of the population, is even worse than that of men because the welfare of women in general, including education, political participation, and workforce, had been neglected over the years until recently. The incidence of prostitution of Nigerian women within and outside the country has therefore increased. It is no wonder, given these prevailing conditions, that hypertension has become a major sickness among Nigerians since the 1980s.

Housing and living facilities for the wealthy are very similar to those available to their counterparts in countries of the western world. Middle and lower-level income groups in the urban and rural areas live in individual houses or crowded flats (apartments). Rural dwellers live in cement or mud block houses with tin or thatched roofs, and have no running water for the most part. Water and electricity services in the major cities are erratic. Water supplies in many rural areas are infested with disease-carrying worms, while electricity services, under government auspices, are seldom available.

There is, therefore, much despair throughout Nigeria, a situation that has led to a "brain drain" from the country to other nations of the world. Much of the despair can be linked to the abysmal quality of life of the average Nigerian, and also to the huge income disparity between the poverty-stricken masses and the few well-to-do Nigerians. Mismanagement and corruption on the part of the government squandered the nation's wealth, and fostered an atmosphere of violence and instability that makes it very difficult to attract foreign investors. Unfortunately, the legislative and executive arms of the present civilian rule include leaders from the corrupt and wasteful regimes of Babangida and Abacha who helped create that climate. Their presence casts doubt over the

nation's ability to rise above its tumultuous past into a brighter future.

The economic situation—the abject poverty and the high rate of unemployment especially—has not improved since Obasanjo became president in May 1999, despite his administration's Poverty Alleviation Program. His critics argue that the program consists merely of direct cash transfer to politically selected beneficiaries. The gap between the rich and the poor continues to widen. Segments of the nation continue to complain about their marginalization (being left at the margin or neglected), while others are favored. Armed robbery and wide-spread insecurity persist.

Am always disturb by this kind of statistics. How can a country endowed with human and natural resources still remain stagnant when other countries that do not have such resources are making global impact and their citizens enjoying the wealth of their nations. Can't developed countries come up with holistic approach to help the developing nations become like them. Can't Africa leaders think for once and 'envy' the developed nation with the aim of making their own nations like them. When will Nigeria come on board and let her citizens enjoy the benefits of Divine gifts lavished on her by the Creator. I know one day, many nations in Africa will assume the title of 'developed nations'. Better days are ahead of us.
2
pius

I know we have good leaders, but their is other nations who are after our wealth, but very soon power we chage hand
3
Dbay

A country endowed with enormous resources yet underdeveloped.should we blame d colonial masters? Or how corrupt leaders?
4
Rob

Libya before the invasion had the highest standard of living in Africa, even with sanctions. It has similar oil and resources as Nigeria. Nigeria had help with the IMF and World Bank Loans that help the West get richer and Nigeria poorer with debt. This is the model the West needs for Libya.