The Security Council - Functions and powers 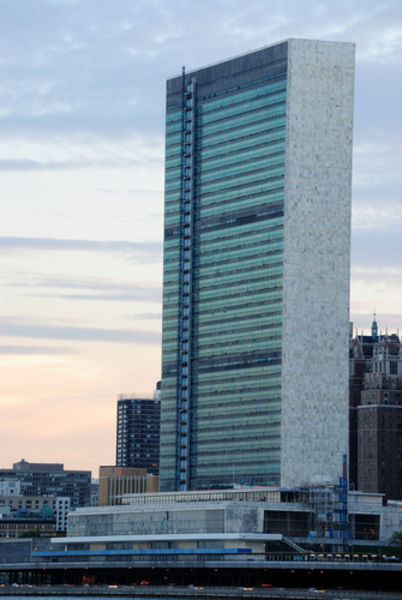 The functions and powers assigned to the Security Council under the charter are the following:

The Security council also is empowered to exercise the trusteeship functions of the UN in areas designated as "strategic" (only the Trust Territory of the Pacific Islands was so designated).

This is very knowledeable article telling about the powers of the security council and further helping the students in their project work and assignments....I hope we'll be continue getting some other articles like this one which can help us in our increasing knowledge and our school assignments.............
THANK YOU
Zenith
2
Neha

thanks a lot. helped me with my school assignment. really concise and accurate article.thanks!
3
magoha

The article is real interesting and it fulfil the needs for the scholers to pursue their assignment in differnt discplines and tasks given by their teachers.
4
Rony Akanda

Its realy helpful for me because when i faceing make assignment to submit my cource teacher during this time i dont get any source of information.suddenly i get this link.THANKS
5
Asifiwe

The article is great,, however some examples are to be added and more over those explanations have to be expanded for easy understanding.
6
Whitey

Thank you for this article. Very easy to understand.
7
shaaban

Thank you for this article,really helpful,it enables me to do my class exam!Thank a lot
8
Rafi- KULGAM J&K

Such articles really help students in almost every field of life. Thankyou very much...
9
himon

It helps a lot in my study and school projects.It also helps in class exam.
10
karuu

Simple,clear and easy to understand. it is of great help in my studies and exams.
11
lakhinandan

Thanx for the information. It really helped me a lot. Thanx.
12
DHARMIN

It helps a lot in my study and school projects.It also helps in class exam.
Simple,clear and easy to understand. it is of great help in my studies and exams.
13
Debarghya

THANK YOU
I want to add just few things.

-Security Council recommends General Assembly during the election of Secretary General.
-It also takes active participation in the election of Judges of ICJ.
-ARTICLE.5 of the charter provides- any member who has been prevented by the Security Council may be suspended from the rights and privileges.
-The Council may request the disputing States to solve the matter by direct and peaceful negotiations.
-If the above means fail,it can take its own decisions .
14
Amulya

A very nice article . Helped me a lot in my studies . Thank
15
Pratyaksh Verma

AMAZING INFO., TOO GOOD AND VERY USEFUL! THANKS A LOT!
16
Mubanga Changa

This article clearly shows the role of U.N in security council.
I like it.
19
Ishfaque Ahmed channa

thank you,
it has increased my knowledge. I hope you should keep on your effort to upload most of the other material related to this topic.
from sukkur IBA.
20
Pochu Teni

Thanks n its help me as easy to understand.but actuly litte bit confusion to me
21
Atuganyire Alex

thank you so much for this article, it helped me a lot in my pol science project and also improved my awareness about the UN.
23
Miraj. S Miraj. S

I am highly inspired by the mighty intellectual composition the Security Council in the UN. I appreciate its mandate and formulation in words to meet the upcoming unfavourable offshoots from any power. But on the other hand, being a student of International Law and Politics, it really strikes my mind to reflect and think upon the on-going condition in Syria, Kashmir, Yemen and few other states where massacre is common and humanity is veing brurally raped. Is there anyone in the Security Council of the UN to end this all nasty behaviour of the oppressors in these states? I, sadly express that the esteemed UN is likely to be powerful mere in words not in deeds.
25
saptarshi

It helped me a lot in my civics project
I got full mark in.all project
26
Anesh

Thanks for providing good content for my UN and security council assignment..
27
phathutshedzo