The Making of the United Nations - The san francisco conference, 25 april–26 june 1945 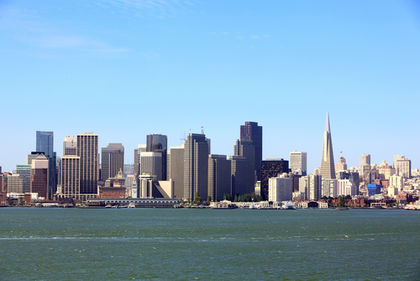 Despite the sudden death of President Roosevelt in early April, the United Nations Conference on International Organization convened as scheduled. President Roosevelt had been working on his speech to the conference before he died. That never-delivered address contains the often-quoted words: "The work, my friends, is peace; more than an end of this war—an end to the beginning of all wars; … as we go forward toward the greatest contribution that any generation of human beings can make in this world—the contribution of lasting peace—I ask you to keep up your faith…."

China, the USSR, the UK, and the US acted as the sponsoring powers, and 46 other states participated, comprising all those that had signed the Declaration by United Nations of 1 January 1942 or had declared war on the Axis powers by March 1945. The huge conference was attended by 282 delegates and 1,444 other officially accredited persons from those 50 countries and by representatives of scores of private organizations interested in world affairs (50 from the US alone). The daily output of documents averaged half a million pages.

Major Modifications in the Dumbarton Oaks Draft for the UN Charter

After much debate, the smaller and medium-sized nations succeeded in restricting the Big Five's use of the veto in the Security Council. Herbert V. Evatt, then deputy prime minister of Australia, who was in the forefront of that fight, declared: "In the end our persistence had some good effect. The Great Powers came to realize that the smaller powers would not accept a Charter unless certain minimum demands for restriction of the veto were accepted, viz., that there should be no veto upon the placing of items on the [Security Council] agenda and no veto on discussion [in the Security Council] …. If this vital concession had not beenwon, it is likely that discussion of matters in the open forum of the Security Council would have been rendered impossible: If so, the United Nations might well have broken up."

Another major change resulted from the desire of the smaller nations to give the world organization more responsibilities in social and economic matters and in colonial problems. Accordingly, the Economic and Social Council and the Trusteeship Council were given wider authority than was provided for in the Dumbarton Oaks draft, and they were made principal organs of the UN.

Creation of a New World Court

The San Francisco Conference also unanimously adopted a constitution—called the Statute—for an International Court of Justice to be incorporated as a main organ of the UN and to succeed the Permanent Court of International Justice established by the League of Nations. The Statute, which had originally been drafted by jurists from 44 nations meeting in Washington in April 1945, became part of the Charter of the UN.

Unanimous Acceptance of the Charter

The UN Charter touches on so many delicate and complex matters that its unanimous acceptance has often been ascribed to the particularly auspicious circumstances prevailing in the spring of 1945. In spite of some dissonance, the San Francisco Conference was imbued with a spirit of high mission. The Charter was worked out within two months. It was signed by 50 nations in all its official languages in an impressive ceremony on 26 June 1945. The five official languages at that time were Chinese, English, French, Russian, and Spanish. The sixth official UN language, Arabic, was not adopted until 1973.

I thought that was a very good article. The only criticism I have is that it left out the general reluctance of governments at that time to include human rights in the UN Charter. Despite governments' reluctance, however, the USA, brought in a number of non-governmental organizations (NGO's) to put pressure on governments. These NGO's, which primarily represented labor, were eventually successful despite formidable obstacles, basically no country wanting to bring attention to their own violations. Fortunately, eventually Eleanor Roosevelt was appointed as the Chair of the drafting committee for what has become known as the Universal Declaration of Human Rights, a document of extreme importance nowadays and increasingly referred to as customary international law. It would have been good to have seen something about that. But, a good article, nevertheless.