Since the time of St. Peter, regarded by the Church as the first pope, Rome has been the seat of the popes, except in periods of great turbulence, when the pontiffs were forced to take refuge elsewhere, most notably in Avignon, France, from 1309 to 1377. The Roman papal residence before modern times was usually in the Lateran or Quirinal rather than in the Vatican Palace.

The Vatican City State and the places over which the Vatican now exercises jurisdiction are the sole remnants of the States of the Church, or Papal States, which at various times, beginning in 755, included large areas in Italy and, until the French Revolution, even parts of southern France. Most of the papal domain fell into the hands of King Victor Emmanuel II in 1860 in the course of the unification of Italy. By 1870, Pope Pius IX, supported by a garrison of French troops, retained rule over only the besieged city of Rome and a small territory surrounding it. Upon the withdrawal of the French garrison to take part in the Franco-Prussian War, the walls of Rome were breached by the besieging forces on 20 September, and the city fell. On 2 October, following a plebiscite, the city was annexed to the kingdom of Italy and made the national capital.

In May 1871, the Italian government promulgated a Law of Guarantees, which purported to establish the relations between the Italian kingdom and the papacy. The enactment declared the person of the pope to be inviolate, guaranteed him full liberty in his religious functions and in the conduct of diplomatic relations, awarded an annual indemnity in lieu of the income lost when the Papal States were annexed, and provided the right of extraterritoriality over the Vatican and the papal palaces. Pius IX refused to accept the law or the money allowance; he and his successors chose to become "prisoners of the Vatican." Until 1919, Roman Catholics were prohibited by the papacy from participating in the Italian government.

The so-called Roman Question was brought to an end by the conclusion on 11 February 1929 of three Lateran treaties between the Vatican and Italy. One treaty recognized the full sovereignty of the Vatican and established its territorial extent. Another treaty was a concordat establishing the Roman Catholic Church as the state church of Italy. The remaining treaty awarded the Vatican 750 million old lire in cash and one billion old lire in interest-bearing state bonds in lieu of all financial claims against Italy for annexing the Papal States. The constitution of the Italian Republic, adopted in 1947, substantially embodies the terms of the Lateran treaties. In 1962–65, the Vatican was the site of the Second Vatican Council, the first worldwide council in almost a century. Convened by Pope John XXIII and continued under Paul VI, the Council resulted in modernization of the Church's role in spiritual and social matters.

Ecumenism was the hallmark of the reign (1963–78) of Pope Paul VI. In a move to further Christian unity, he met with Athenagoras, the ecumenical patriarch of the Eastern Orthodox Church, in Jerusalem in 1964. In 1973, Paul VI conferred with the Coptic Orthodox patriarch of Alexandria; later in that same year, he met the exiled Dalai Lama, the first such meeting between a pope and a Buddhist leader. Steps were also taken to improve Roman Catholic-Jewish relations, including a 1965 declaration that Jews are not to be held collectively guilty of the death of Jesus. On doctrinal questions Pope Paul VI was generally conservative, reaffirming papal infallibility, disciplining dissident priests, and reiterating traditional Church opposition to all "artificial" methods of contraception, including abortion and sterilization. In September 1972, the concept of an all-male celibate priesthood was upheld.

Pope Paul VI was succeeded by Pope John Paul I, who reigned for only 34 days. John Paul I's sudden death, on 28 September 1978, brought about the election of Polish Cardinal Karol Wojtyla as John Paul II, the first non-Italian pontiff elected in over 450 years. As pope, John Paul II has traveled widely, a practice begun by Paul VI. He has likewise established himself as a conservative in doctrinal matters, as indicated in 1982 by his elevation to the status of personal prelature of Opus Dei, an international organization of 72,000 laity and priests known for its doctrinal fidelity. He continues to rail against materialism and moral laxity and opposed the "morning after" pill for rape victims of Serbian aggression in Kosovo in 1999. He absolutely rejects abortion and contraception. The pope also reaffirmed the male priesthood in 1999. On 13 May 1981, John Paul II was wounded in Vatican Square by a Turkish gunman, who is serving a life sentence. The alleged accomplices, three Bulgarians and three Turks, were acquitted of conspiracy in the assassination attempt on 29 March 1986 because of lack of evidence.

The Lateran treaties of 1929 were superseded in 1984 by a new concordat under which the pope retains temporal authority over Vatican City but Roman Catholicism is no longer Italy's state religion.

Throughout the 1990s, the pope has tried to build bridges to the Islamic world. Iran's president visited the Vatican in 1999 and a controversial trip to Iraq to talk to Saddam Hussein was cancelled that same year. Pope John Paul II, however, traveled to Israel in March 2000 where he visited different Holocaust memorials during this trip and also went to Bethlehem to reaffirm the Holy See's support for an independent Palestinian homeland.

John Paul II came out against embryonic or stem-cell research in 2001, stating it would lead to other evils such as "euthanasia and infanticide." Following the 11 September 2001 terrorist attacks on the United States, John Paul II urged harmony between Christians and Muslims. He initially stated that conflicts must not be resolved by force, but by peaceful negotiation; however, he subsequently indicated the United States might need to use force against terrorists in the name of self-defense. When the Al Aqsa intifada—begun in September 2000 in Israel and the West Bank and Gaza Strip—intensified in the spring of 2002, John Paul II appealed for peace in the region, saying "nothing is resolved by war." He also reasserted his firm belief in peace over the use of force during the 2002–03 diplomatic and military crisis in Iraq. John Paul II had made himself available as a mediator between Iraqi Deputy Prime Minister Tariq Aziz and British Prime Minister Tony Blair prior to the outbreak of hostilities on 19 March 2003, but his criticism of the conflict did not prevent war. Following the defeat of the Saddam Hussein-regime in April 2003, John Paul II stated the Iraqi people should be responsible for the rebuilding of Iraq, while working closely with the international community, meaning the UN.

The Vatican announced in December 2002 it would open its archives relating to interactions with Nazi Germany from 1922–39 to scholars. The Catholic Church has been criticized for not doing enough to stop the persecution of Jews during the Holocaust.

Following the eruption of sex scandals in the United States regarding pedophile priests, John Paul II called for an emergency meeting with US cardinals in April 2002. US bishops had approved a "zero tolerance" policy on priests accused of sexual abuse, which would have priests suspended immediately following an accusation of abuse, but the Vatican demanded certain protections for the rights of priests.

In May 2003, the Vatican officially confirmed the pope suffered from Parkinson's disease. Prior to the announcement, the 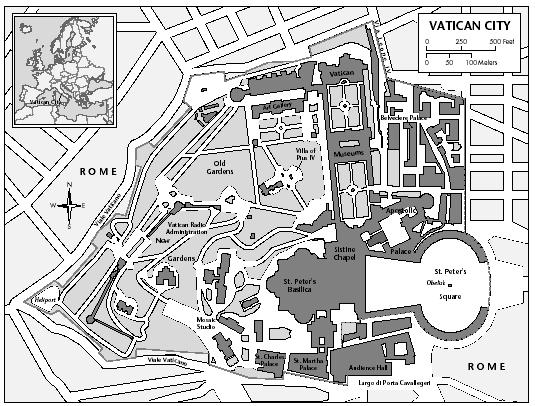 Vatican did not publicly acknowledge what ailments John Paul II was subjected to. He also suffers from severe arthritis. In an acknowledgement of his age and frailty, John Paul II in May 2003 stated his judgment day was drawing near.

Who was the author and who wrote this article, and when was the year of publication?