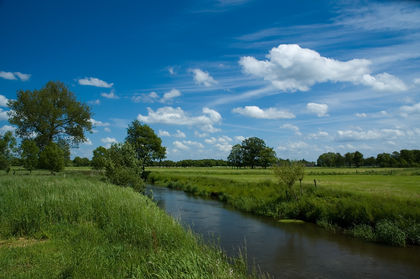 In recent years, as a result of rapid population and economic growth, the government has placed increased emphasis on preservation of the natural environment. One key concern is the pressure put on the countryside, traditionally the domain of the smallholder, by the demands of modern mechanized agriculture and the needs of a large urban population for recreational areas and waste disposal. To help solve this environmental problem, the government has instituted comprehensive land-use planning by means of a system of zoning that indicates the priorities for land use in each zone. Air and water pollution are significant environmental problems in the Netherlands.

The nation has one of the world's highest levels of industrial carbon dioxide emissions, which totalled 155 million metric tons in 1996. Efforts at controlling air pollution reduced sulphur dioxide emissions between 1980 and 1990 from 490,000 tons to 240,000 tons. Severe pollution of the country's rivers results from industrial and agricultural pollution, including heavy metals, organic compounds, nitrates, and phosphates.

The Netherlands has 11 cu km of renewable water resources, of which 68% is used for industrial purposes. Solid waste in the nation's cities amounts to an average of 7.6 million tons yearly. Aggravating the situation are the prevailing southwesterly winds, which carry the pollutants from coastal industries inland, and the great rivers that carry pollution into the Netherlands from originating countries farther inland.

In 1971, the Ministry of Health and Environment was established; a countrywide system of air pollution monitoring by the National Institute of Public Health has been in place since 1975. Since the mid-1970s, discharges of heavy metals into industrial wastewater and emissions of most major air pollutants from industrial use of fossil fuels have been substantially reduced. Progress has also been recorded in reducing automotive emissions. An excise tax surcharge on gasoline and diesel fuel was imposed for pollution abatement in 1981.

great article helped me alot. Thank you so much. now i can finish.
2
Breana

Very good article! Any of the others I'd seen weren't nearly as helpful :)
3
Sophia

It really helped with my homework assignment for school. Thank-you very much.
4
acacia

it was a bit hard to understand but it was helpfull.
6
nichol jordan medel

All of this problems are also expereince almost in the world.
7
Akayyy

Very insightful article on the environment, it helped me a lot to do my International business portfolio submission. On other note, MSS sucks balls.
8
unknown

i need as much information on air pollution in Netherland please email back if you know anything.
9
fineha

This is really helpful, but I need just a little more info about the environmental issues!! Thank you.
11
cheeky cheeky

Thank you. This really helped me going on my social studies project. I really needed a article.
12
christian

This helped me out a lot but can I be provided more information about how Netherlands is fighting ocean pollution, thank you.