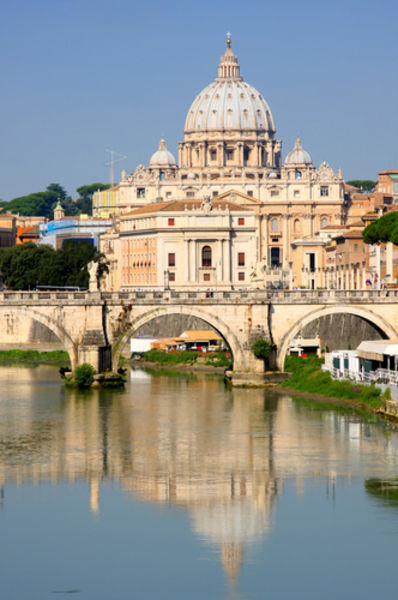 In 1998, the overwhelming majority (85%) of native-born Italian citizens professed the Roman Catholic faith. Roman Catholicism, affirmed as the state religion under the Lateran Treaty of 1929, lost that distinction under a concordat with the Vatican ratified in 1985. However, the Catholic Church continues to hold a privileged status with the state. Jehovah's Witnesses form the second-largest denomination among native-born Italian citizens, with about 400,000 adherents. However, if immigrants are counted, the second-largest religion is Islam, with an estimated one million followers. About 100,000 people are Scientologists, 60,000 are Buddhists, 30,000 are Waldensians (a Calvinist sect), 30,000 are Jewish, and 20,000 are Mormons. The Orthodox and Protestant Churches have small communities. Hinduism is also represented.

Thanks for the website, it came in handy for my school report.
2
Maria

This is pretty helpful, it came use ful when I needed to do my travel brochure in Socials Studies
3
Rodrigo

Thanks for the website, It really helped me with my school report.I will be using this website more often now.
4
Shahzad Afzal

I am a student of comparative religion. i want to know about different religion. this site also helped me lots to know about the religions in Italy. now I'll try to use this site for getting further information whenever i gonna need.
5
Anonymous

Thanks this is really helpful since It came in use when I did my travel brochure for Computer Class. Thanks again.
6
Karp

Thanks for the website. It came handy for my Social Studies project of Italy
7
lynoshka

Thank you for this info, i needed it for my history presentation.
9
hady

This site is pretty helpful to my homework, about doing a country project, thank you!!;-)
11
lucy

Thank you for putting this up, it had everything i needed after stressing out on my schoolwork. This helped ease it quite a bit. Thanks again, i'll be using this webby more often, heehee (:
13
amy

Thanks this really helps me for my scoclial studies
14
Bill

Really Really helpful with the S.S project, haha had to do it on last day :-] Thanks once again ;]
15
Ariana Caron

Thanks so much really helps a lot :)good help for social studies love this web site
16
Cara Jones

Thanks, really helped with my informative speech on Italy in Language Arts/English class!
17
Samantha Horan

This artical helped me with my Social Studies report on Italy. Thanks.
20
shifty401

Hey there!! thx for this info!! it helped me with my group assignment on italy ( religion )
21
who cares?

This really helped me with my School year project, THANK U
22
alexis

this helped me so much with my world cultural geography travel project. i am going to start using this for all my projects.
23
Khadijah

Thanks this website is awesome, i actually got to use this for my history project report. I love this website. :)
25
Rafailia

This website really helped me with my Italian Information Report. This website gave me all the answers for one of my topics.
26
jennifer

this is helpful because i am studing the country italy